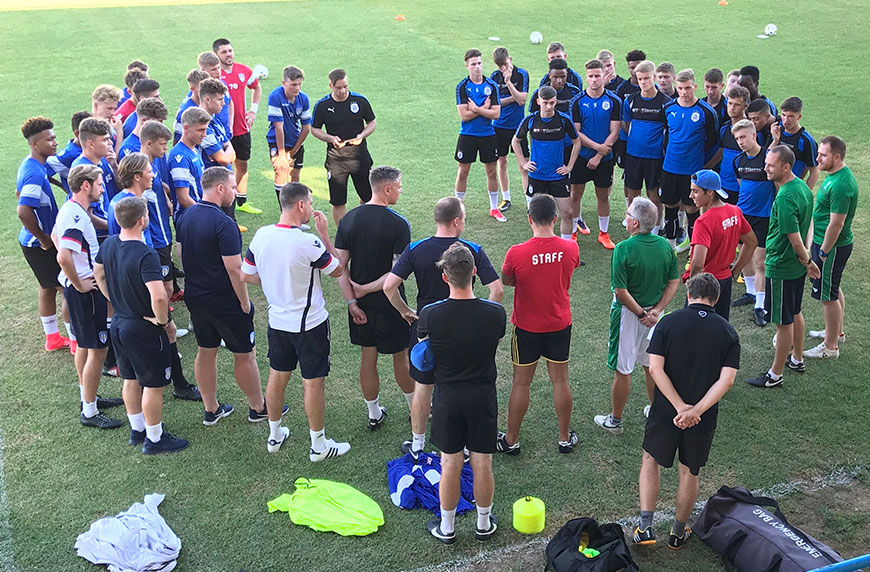 The four clubs experienced training sessions with a variety of Spanish coaches from clubs such as Sevilla, Atletico Madrid and AD Alcorcon in preparation for their three tour fixtures.

Player and staff of each team have also made the most of the off the pitch activities available, including Spanish language lessons and a museum tour of Real Madrid’s Bernabeu stadium.

The week came to a close with the opening set of matches, which resulted in two wins and two losses for our clubs.

AFC Wimbledon were unfortunate to fall to a 2-0 defeat against CD Leganes, while goals from Ben Mills and Saul Milovanovic were not enough for Huddersfield as they lost 3-2 to UD Tomares.

Meanwhile, Colchester recovered from an early setback to win 2-1 against AD Nervion thanks to Dean Ager and Noah Chilvers.

QPR produced the most impressive display of the quartet as they dismantled Rayo Majadahonda 4-1 after Jardel Francis-Adeyinka netted a hat-trick, with Charley Kendall notching the other goal.

Take a look at a selection of images from the week in Spain: