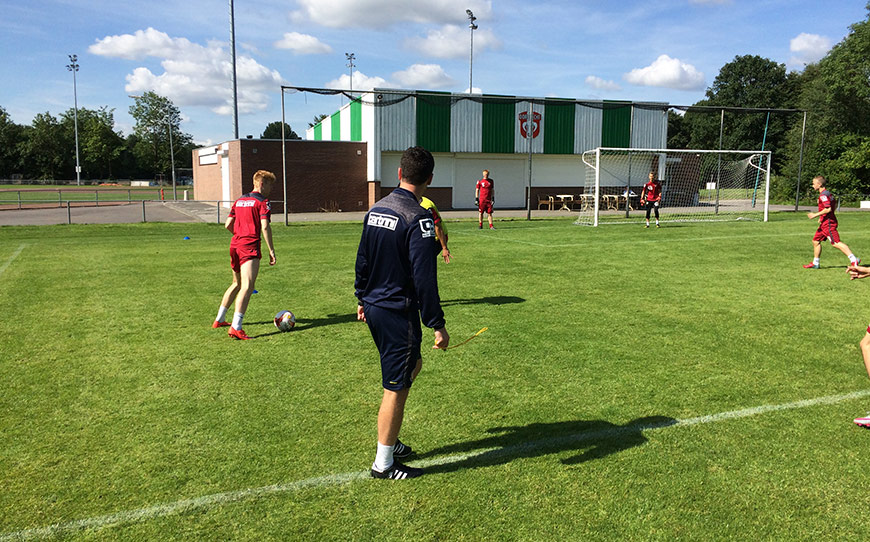 Crewe Alexandra Under 18’s will finally get their LFE preseason trip truly underway tomorrow when they face Ado Den Haag Under 19’s for their first competitive fixture since arriving in the Netherlands.

Acclimatising to conditions, training has proved to be a big test, according to striker Jonny Higham as he blogged for LFE: “The first session (of day three) was physically hard and we started to feel as though the first few days were catching up with us!”

But the hard work paid dividends as the youngsters were treated to an invaluable session with coaches from Ado Den Haag yesterday, followed by a visit to FC Dordrecht for training this morning.

LFE regional officer John Barton viewed the sessions: “It’s a case of stepping up a gear now. The players are working with great intensity because they know that they have three fixtures around the corner.

“They know that these matches will provide the barometer for them to judge their level before the season starts in earnest on their return to England.”

After an intense beginning to the trip, Crewe will spend some time to unwind as they visit the Rotterdam Harbour Tour this afternoon to experience the local culture before their tricky match-up tomorrow.

The Railwaymen will conclude their week with a trip to Ajax’s Amsterdam Arena, before observing the Johan Cruyff Shield contest between Eredivisie Champions PSV and KNVB Cup winners Groningen.