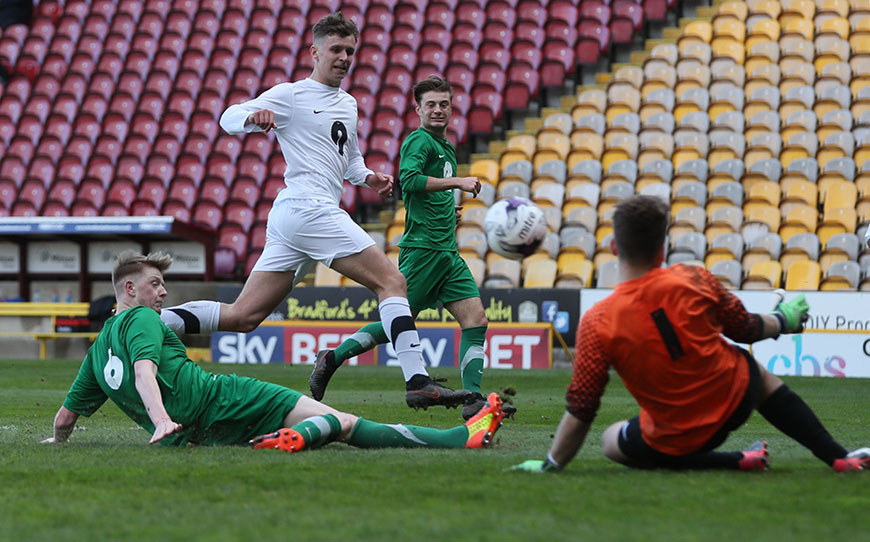 Motherwell chief scout Martin Foyle has praised LFE for allowing clubs the chance to watch a range of talented youngsters showcase their ability.

Around 200 players took part in this year’s Assessment Trials and Foyle was one of many scouts from home and abroad in attendance. Back on familiar ground at Vale Park, where he made over 300 appearances as a player before going on to manage the Valiants, Foyle was a keen observer, having already enjoyed success from the system.

“What we find from a scouting perspective is they are very well organised events which I think is important,” he told LFETV. “Sometimes you might have a couple of years where some players might not come through certain age groups.

“There’s always boys that go missing or sometimes when they have the apprenticeship it’s a little overwhelming for them. It’s fantastic what you’re doing because you’re offering them a second chance.

“We came here last year and took a lad called Tom Fry from Bristol City and he’s done very well for us this year.”

Universities from the UK and America were well represented across the four separate events, but Foyle believes clubs like his can have the edge when attracting potential players.

He said: “There’s so many boys that get released and we give them the first choice of professional football, then it’s universities to do the education and that’s still a pathway [back] into it.

“There’s different steps but if they get into a pro club straight away after getting released then it gives them a great opportunity to carry on their full-time training.

“I think most boys will want a pathway into the first-team and probably seven or eight out of the 16 youth boys that we’ve got have been with the first-team on a regular basis this year.”