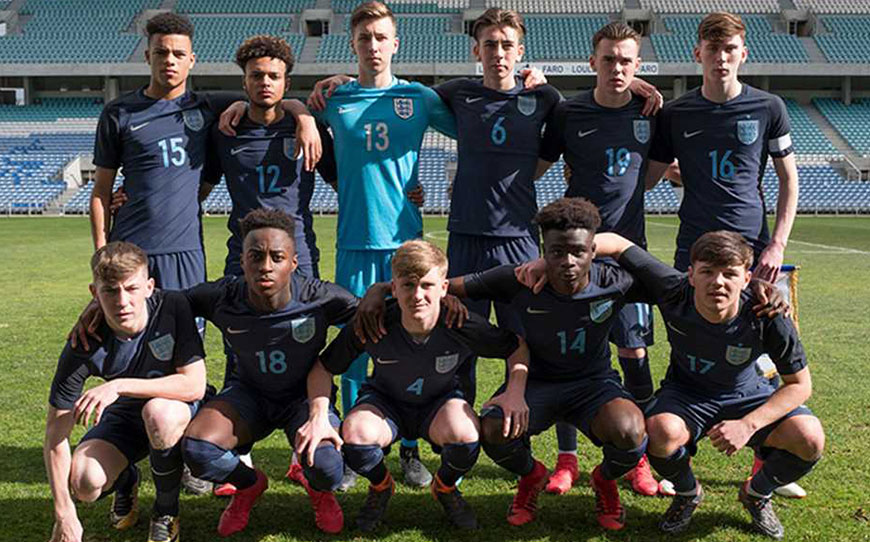 Four current apprentices made the trip to Portugal to represent England Under-17s in the annual Algarve Tournament.

Arvin Appiah (Nottingham Forest), Dylan Crowe (Ipswich Town), Marcus Dewhurst (Sheffield United) and Luca Ashby-Hammond (Fulham) all featured for the Young Lions, who went up against Portugal, Germany and the Netherlands to step up their preparation for May’s UEFA European Under-17 Championship, which England qualified automatically for as hosts.

The quartet were unused substitutes in the competition opener, which ended in a disappointing 4-0 defeat to winners Portugal.

Head coach Steve Cooper introduced keeper Ashby-Hammond, defender Crowe and forward Appiah to the starting line-up for the next fixture against Germany and oversaw a much-improved performance in a 1-1 draw.

Appiah remained a starter for the final game of the five-day tournament, while Blades stopper Dewhurst earned his first international cap and celebrated the occasion with a clean sheet as England won 2-0 against the Dutch to end the short trip on a high.