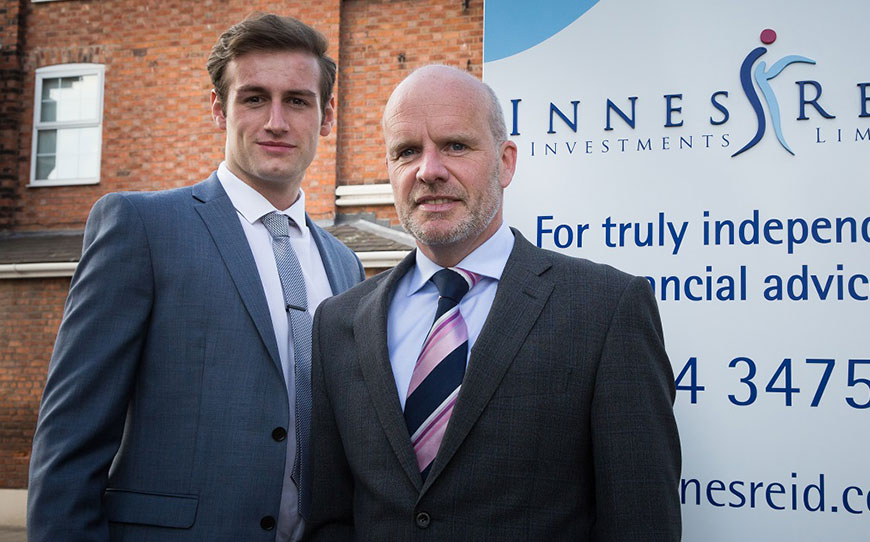 Central defender, Williams, who joined Tranmere Rovers at the age of 11, completed his football apprenticeship with the club in the June and had secured a new position by August, when he joined Innes Reid, who offer independent financial advice and are Chartered Financial Planners – a status only awarded to firms with a ‘commitment to developing and maintaining the knowledge and capability of their people’.

The organisation’s managing director, Mark Reidford, was delighted to recruit Williams and said:

“I could tell straight away that his time in professional football had provided Tom with a strong set of life skills and a maturity beyond his years.

“We want him to transfer those skills to the office environment where Innes Reid has offered him the chance to follow a structured programme of development, with a clear career path”.

Williams added: “I joined Innes Reid in August and it has been a great work environment to come in to. Mark gave me a great opportunity and I couldn’t turn it down. The training gives me the chance to look at all aspects of the business and how it works. But obviously the aim is to become a financial adviser with the clear career path which has been marked out.”

Williams is also continuing to play football. He has joined Welsh Premier League side Llandudno FC who this year qualified to play in the Europa League, and is currently on loan at Denbigh Town in the Huws Gray Alliance until the end of the year to pick up some experience of senior football.

However, he is relishing the opportunity he has been given to develop a promising career as a financial adviser with the potential of a bright future ahead.

He said: “My focus is on the finance industry with Innes Reid. I have been given a great opportunity here with a chance of progressing thanks to the training on offer.”