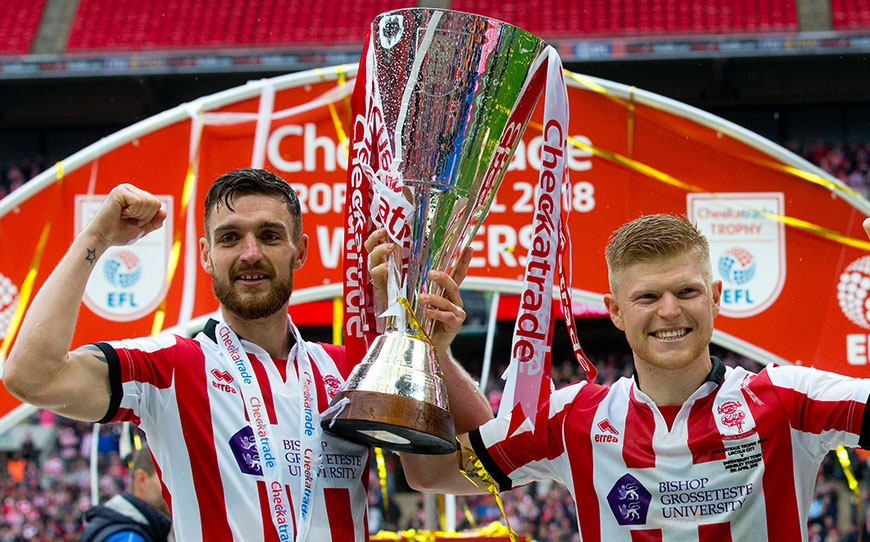 Six former apprentices featured for Lincoln City as they saw off Sky Bet League One promotion hopefuls Shrewsbury Town to win the Checkatrade Trophy in front of over 40,000 fans at Wembley Stadium.

Elliott Whitehouse, a graduate of Sheffield United’s academy, netted the only goal of the game in the 16th minute and was later awarded man of the match after an impressive all-round display.

Following the conclusion of the competition, the 2017-18 Checkatrade Trophy Team of the Tournament was revealed, with four former apprentices included.

Checkatrade Trophy Team of the Tournament 2017-18