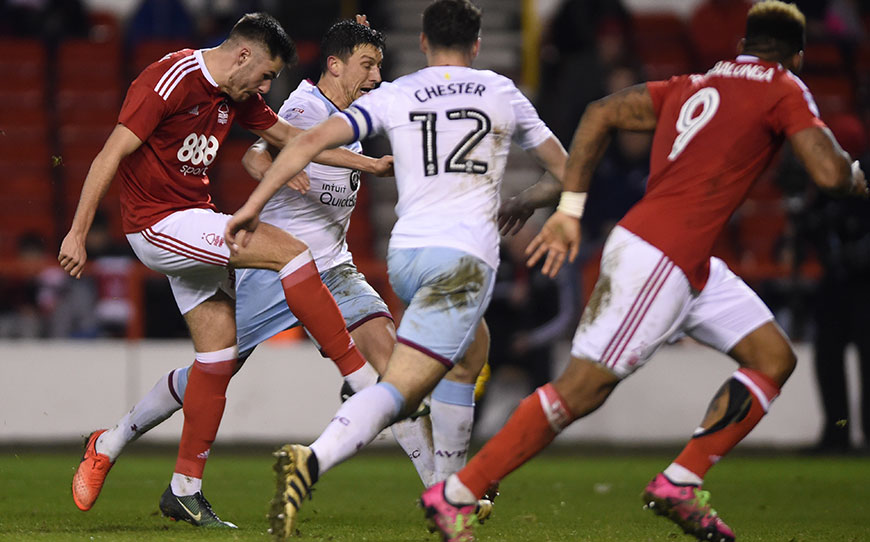 Brazil the club’s academy manager, who is to remain in charge of first-team affairs until the end of the season, added 21-year-old Zach Clough and Gboly Ariyibi, 22, to a core of half a dozen academy graduates during the January transfer window.

The likes of Matty Cash, Ben Osborn, Ben Brereton (pictured) et al have all made an impact at first team level this term and Brazil believes the club could have an exciting future, as a result.

“I said before that we have a nucleus of young players that, when you look three or four years down the line, is only going to get stronger. We have players coming through the academy who I know very, very well could have big futures in the game,” Brazil said.

“When you add to that (nucleus) in the way we have done with Gboly, with Zach and other young players like that, you can create a really strong club and a really strong group who have a real affinity for the club, because they have been here since they were young.

“That is how you build that feel for a club; that affinity that means players will stick with you; stick with the club.

“I can go lower down and look at some of our younger age groups – there is some real talent coming through here.”

Brazil also revealed that Clough, signed from Bolton for £2.5m, first came to his attention during an FA Youth Cup tie four years ago.

“We played Bolton in the quarter-final of the FA Youth Cup a few years ago, Zach put one in the top corner for them, after just two minutes. I won’t remind him that we went on to win it 3-2, but I remember the goal well,” Brazil continued.

“Zach is a proper footballer. He is a bright lad and he knows how to find space and time on a football pitch, which is the hardest commodity to find in a player.

“He is a bright boy and the people who play in front of him will love having him in the team. He sees that little pass that other players don’t and people like Ross (McCormack), Britt (Assombalonga), Nicklas (Bendtner), Apostolos (Vellios) and Ben (Brereton) will relish having somebody like him to feed off,” he added.