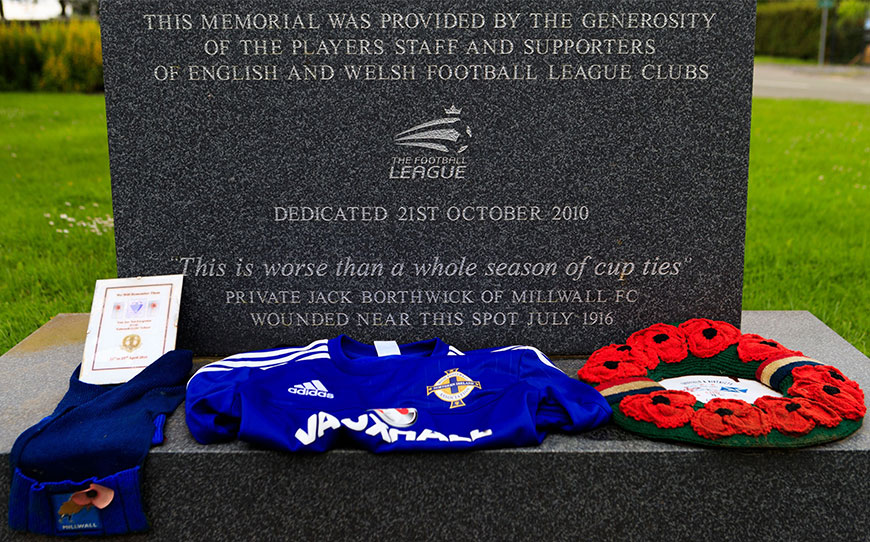 A hundred years on from Bradford Park Avenue’s Donald Simpson Bell receiving the Victoria Cross for bravery, the National Football Museum and the Woodland Trust have launched For Club and Country; to commemorate football’s involvement in the First World War.

At the launch event, For Club and Country a film created with project ambassador Sir Trevor Brooking CBE – was screened.

The project offers football supporters the opportunity to learn more about their club’s involvement in the First World War, plant trees in tribute and create a supporters digital roll of honour, as a lasting legacy that football shall never forget.

The website provides a snapshot of information to spark intrigue about the conflict. For those wishing to learn and research in more detail we have partnered with the PFA Sponsored, Football in the First World War online database

The target is to plant a grove for each of the sixty clubs featured at the Woodland Trust’s Centenary Wood in 2018. For every £15,000 raised an acre of woodland will be planted to pay tribute to a club. The fundraising mechanics are based on micro donation principles. So whether someone gives £1, £1.26, £5 or a larger contribution of £20 and above their name will feature on the supporters’ roll of honour.

The For Club and Country film is showing in the National Football Museum cinema until early 2019 alongside a commemorative First World War exhibition which includes Donald Simpson Bell’s Victoria Cross.