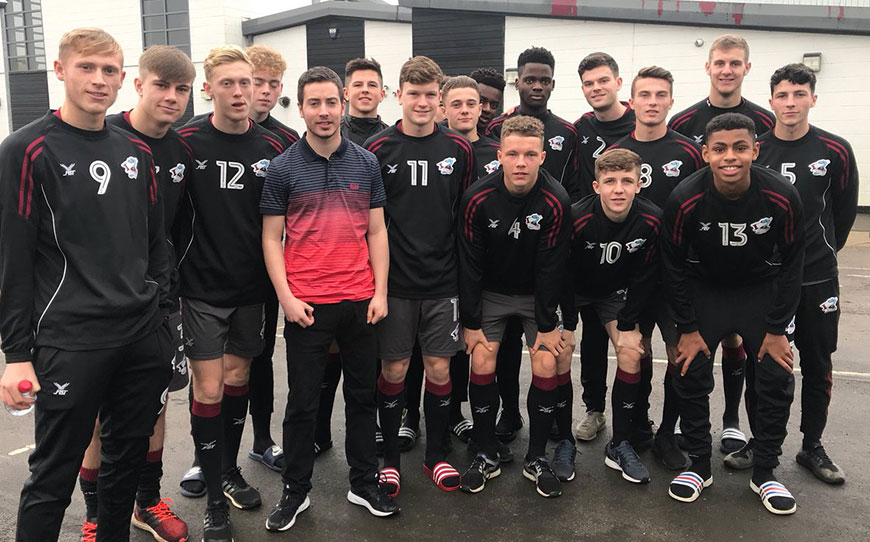 Charlie Fogarty, who presents his ‘Anything is Possible’ workshop to apprentices across the country as part of LFE’s life skills programme, has been appointed an MBE in the New Year Honours list.

The 21-year-old was a former academy player at West Bromwich Albion and Birmingham City until he suffered severe injuries after being hit by a car at the age of 15.

Fogarty was in a coma for six months before spending a further 10 months in rehab learning to walk, talk, eat and drink again and has gone on to use his experiences to reach as many players as possible to prove that ‘anything really is possible’ with the right outlook.

He has also defied the odds by returning to playing action, representing Northern Ireland in the Cerebral Palsy World Cup and becoming the player-manager of the Solihull Moors Open Age Disability team, which he founded as an 18-year-old.

Fogarty’s drive to spread his inspiring message had already been previously recognised locally through winning the Sports Solihull Disabled Sportsman of the Year award, as well as the High Sheriff County award for Inspiring Others having been nominated by the Lord Mayor of Solihull.

His services to young people have now been rewarded on a national scale with an MBE, which he hopes will help him to achieve his long-term ambition of inspiring “millions of people to be the best they can be.”