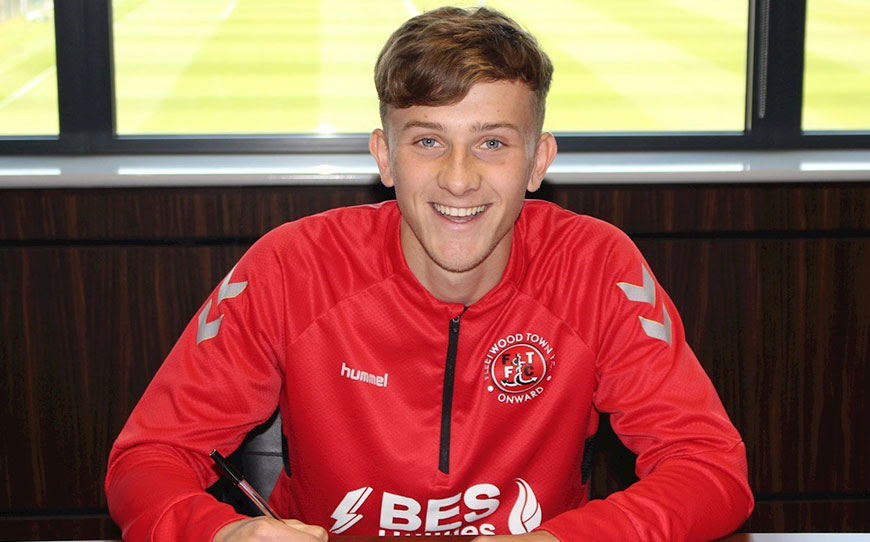 Fleetwood Town have secured the futures of seven of their academy youngsters and snapped up Leeds United apprentice Max McMillan on a free transfer.

Striker McMillan has agreed a two-year deal just days after becoming the winner of LFE’s March 2021 Goal of the Month competition having secured 48% of the votes for his turn and finish in a convincing FA Youth Cup victory over Milton Keynes Dons.

The 18-year-old, who intends to become eligible to play for the South African National Team, featured on a consistent basis for the Category One club’s Under-18s and made appearances for the Under-23s side that is set to win the Premier League 2 Division 2 title.

Hayes, Raffie, and Thompson will remain at the club until at least the end of the 2022/23 season, with Edwards, Bird and Batch contracted for one year. Elsewhere, Wilson has earned the longest-term deal, signing on until the end of the 2023/24 season.

“We are really pleased to see these players awarded professional contracts and move into the Under-23s group next season,” Jack Higgins, Head of Academy, told the club website: “All boys have had different journeys throughout their scholarships but have shown the determination, ability, and consistency to progress towards the next stage and continue the level of productivity towards first-team football at Fleetwood Town.

“We are forming a competitive Under-23s group and look forward to all players returning fit next season and as hungry as ever.”

Higgins said: “Each player should be incredibly proud of what they have achieved at Fleetwood Town, they have represented us impeccably. We thank all of those players departing and wish them the best of luck in the next stage of their journey.”