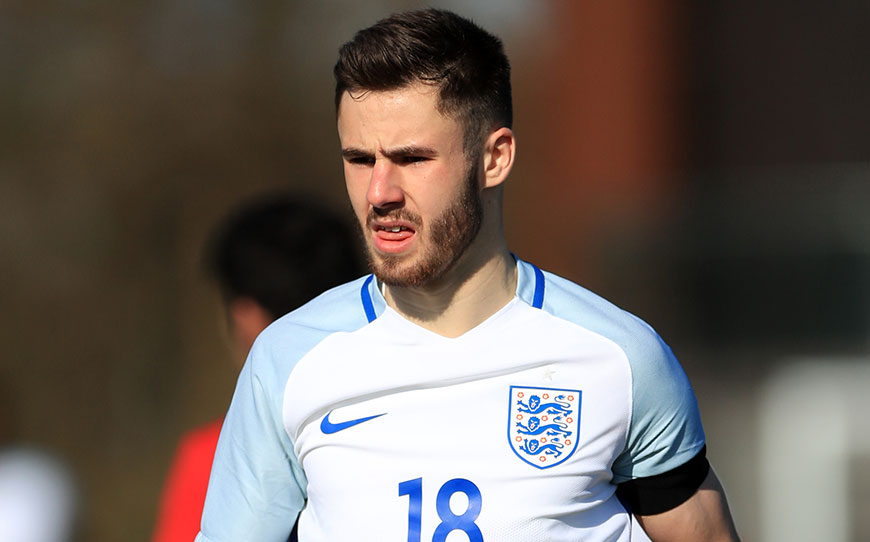 Five current or former apprentices have been selected as part of an 18-man squad for England Under-19s as they prepare for next month’s European Championships in Georgia.

Swindon Town’s Will Henry and Luton Town’s James Justin had made the initial 23-man list for the pre-tournament training camp in Spain, but did not make the cut for the Finals.

Goalkeeper Ramsdale, who has five caps at Under-19 level, made two FA Cup appearances for Sheffield United before the turn of the year and earned a move to Premier League club Bournemouth for a fee reportedly worth around £1million.

Sessegnon is another regular at this age group having made seven appearances, but the 17-year-old has made a bigger impact for his club after a stunning breakthrough season in the Championship.

The left-back was named to the PFA’s Championship Team of the Year after netting five goals in 25 league outings during Fulham’s play-off push, becoming the league’s youngest ever goalscorer in the process.

Brereton has also enjoyed a meteoric rise this season as he collected LFE’s Championship Apprentice of the Year award before signing his first professional contract.

The 18-year-old played 18 games in 2017 for Forest’s senior side, finding the back of the net on three occasions to help Mark Warburton’s team survive the drop on the final day of the campaign.

Meanwhile, Tayo Edun is accustomed to the Under-19 setup having gained six caps and was handed three first-team starts during Fulham’s EFL Cup run at the start of the season.

Finally, Dozzell is a newcomer to the group having dropped out of the Under-20 Toulon Tournament squad that lifted the trophy earlier this month.

The midfielder, who has captained the Under-17s in the past, featured nine times this season for the Tractor Boys and penned a contract extension last month that runs until 2020.

Keith Downing’s Young Lions kick-off their competition against Bulgaria on Monday 3 July before tough fixtures against the Netherlands, who boasted the meanest defence during qualifying, and previous winners Germany.