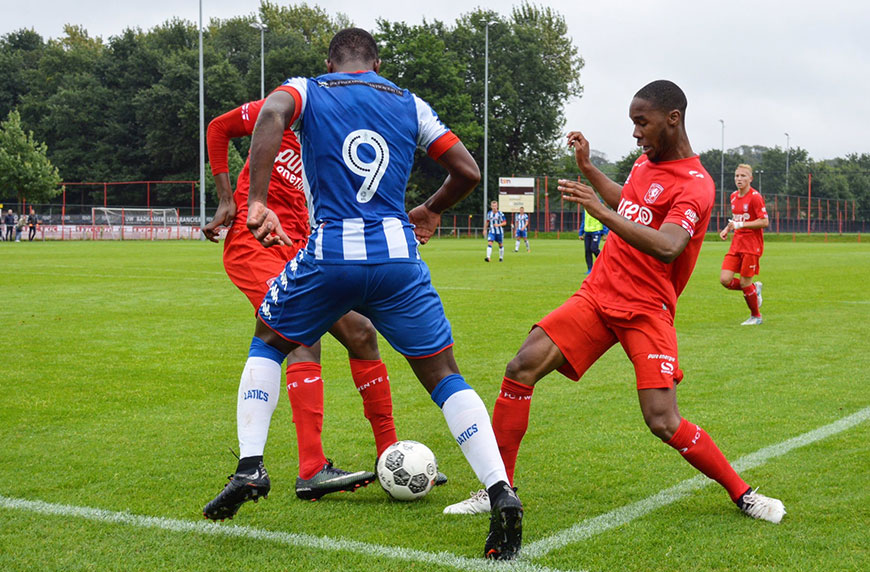 The LFE trip to the Netherlands is complete for eight English clubs after a fortnight away preparing for the new season.

Here’s how they performed in their final fixtures before returning home:

Barnsley completed their set of fixtures in the Netherlands with a 1-1 draw to remain unbeaten in a feisty encounter with NAC Breda.

The young Tykes were oozing confidence following the 5-0 rout against Stromsgodset IF and deservedly took the lead in the first half through an own goal.

However, tempers flared after the break when the hosts equalised thanks to a dubious decision from the linesman as the visitors were adamant the ball had not crossed the line.

Barnsley were then forced to make a couple of substitutions after two players were sent-off as the officials continued to make questionable decisions to overshadow another strong display by the tourists.

FC Volendam triumphed in their own tournament as Burton and Hartlepool struggled to make an impression during the six-team competition that consisted of four 35-minute games for each side.

The Brewers youngsters were the first opponents for the hosts and provided a stern test, recovering from conceding in the first minute to level just moments later.

Burton were eventually beaten 2-1, but did pull off a 2-1 victory against FC Groningen in their final game to record their first win in the Netherlands.

Meanwhile, Hartlepool were unable to overcome any of their three Dutch opponents, including a convincing 3-0 defeat to winners Volendam.

Pools did beat their English counterparts, but were rooted to the bottom of the table on goal difference as Burton secured fifth to claim silverware for being the top English club.

Coventry’s Under-18s ended their trip of the Netherlands with a disappointing defeat to Sparta Rotterdam after they were undone by two second-half goals.

The Sky Blues held their own before the break as they hoped to build on their victory over Excelsior Rotterdam, but they were outclassed in the second period and conceded in the 55th and 80th minute to suffer their second loss in the Netherlands.

Exeter made it three out of three during the LFE trip with a comprehensive 4-0 win against Sparta Rotterdam after goals from Will Dean, Harry Kite and a double from Lucas White.

The young Grecians had already seen off FC Dordrecht before thrashing NAC Breda in their previous fixtures in the Netherlands and carried on in similar fashion with a ruthless display.

Dean opened the scoring just 15 minutes in with a pinpoint free-kick that curled into the top left corner to give the keeper no chance.

Exeter failed to extend their lead until after half-time when Kite struck a half volley from the edge of the area.

They continued to search for more goals and were rewarded with a couple more late on as White earned a brace to take Exeter’s tally to 13 strikes on tour.

Sam O’Halleron bagged twice off the bench as Fleetwood overturned a two-goal deficit to beat FC Twente 3-2 to record their second victory on tour.

It was a disastrous start for the Cod Army youngsters as they were unable to contend with the hosts, who scored twice after half an hour.

Fleetwood halved the lead in stunning style immediately from the kick-off when Liam Collings attempted an outrageous effort from inside his own half that flew over the keeper and into the top left corner.

The momentum suddenly swung dramatically and the visitors restored parity in the second half when a free-kick was parried out to the feet of substitute O’Halleron, who netted for the third game in a row.

And the striker then secured the victory from the penalty spot to complete a terrific fightback for the English outfit.

Scunthorpe maintained their streak of draws on tour as they added a third 1-1 to their list of results, after previous stalemates against Excelsior Rotterdam and Rot Weiss Essen.

Feyenoord threatened to end the away team’s unbeaten record when they broke the deadlock in the first half, but the Iron teenagers produced another second-half leveller, repeating the feat they achieved in both previous matches.

Wigan earned their third draw in succession as they were held by FC Twente despite dominating for much of the game.

It was an eventful first 45 minutes as the Latics spurned a handful of opportunities and had confident appeals for a penalty waved away, while at the other end Twente thought they had opened the scoring, only to be disallowed for offside.

Both sides were more clinical after the restart as they netted two goals each, with Divin Banigime and Mwiya Malumo getting on the scoresheet to ensure Wigan ended the LFE trip without suffering defeat.