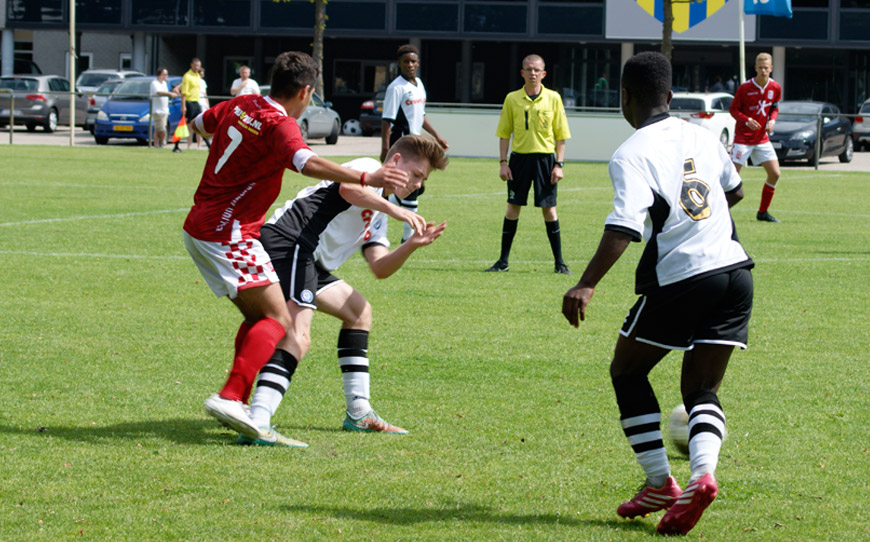 Eight academy teams concluded their LFE preseason trips in The Netherlands at the weekend by playing their third and final competitive fixtures.

Here is a round up of the scores:

Bury signed off in style by claiming their first win in the Netherlands, brushing aside Willem II 3-0.

Arron Bradbury’s brace was not enough for Carlisle as they ended their trip with a 4-2 defeat to NAC Breda, despite academy boss Alan Moore being impressed with the display.

Crewe entered a tournament hosted by FC Volendam, with three teams playing each other twice in 30-minute games.

Crewe were involved in the opening fixture of the competition and it proved to be a physical affair, with both sides keen to impose themselves on the game.

The Railwaymen felt they should’ve been awarded a late penalty after a risky challenge but the referee waved away their appeals and Alex were forced to settle for a goalless stalemate.

Crewe followed that by pulling off a narrow victory against Almere City in their second game to put them top of the table.

As in their first game Alex were on top for a large portion of the match, however, on this occasion they were able to take advantage of their dominance by claiming a 1-0 win, to lift them to the summit of the table.

After Volendam beat Almere 1-0, the top two sides clashed for a second time, with Crewe once again the more impressive early on.

However, Alex lost control of the game and the hosts were clinical in front of goal, building an unassailable two-goal lead to put them in the driving seat.

Crewe’s final game ended in disappointment as they began to tire. The visitors struggled to get into the game and eventually conceded late on, losing 1-0 as Volendam were crowned champions.

Almere followed that performance with another win against the victorious Volendam, this time 2-1, leaving Crewe rooted to the foot of the table.

Derby and Alkmaar played out a bore draw with the teams failing to find a cutting edge to their play.

It was out of character for the Rams, who went in to the game with seven goals in the goals for column after two fixtures. Yet while they huffed and puffed to continue in the same vein they were unable to muster much in the final third.

Derby’s best opportunity of the game fell to Alex Babos, but he turned a cross from the left over the bar from six-yards out.

‘Keeper Josh Barnes dealt with everything that came his way at the other end as the Rams claimed a second consecutive clean sheet to end their trip unbeaten.

Middlesbrough collapsed in their final competitive fixture, falling to Utrecht 3-2 despite taking and holding a 2 goal lead deep into the second half.

The young Lions coped admirably with PSV’s lively attack and controlled the game for large periods.

Ebere Eze and Mundle-Smith were a constant threat in the first half, but wasted a number of terrific chances to open the scoring.

And it was Mundle-Smith who finally broke the deadlock just eight minutes after the restart, converting from the penalty spot after full-back James Brown was upended in the area.

Millwall continued to create chance after chance, but were punished spurning those opportunities as substitute Sekou Sidibe scored the winner deep into stoppage time to end the young Lions trip in frustrating fashion.

Kisimba Kisimba’s consolation goal was a rare moment to savour for Rochdale as they were comfortably beaten by Brabant United.

Dale began the game on top and could’ve been in front within the first five minutes when Jack Stewart tricked two players, rounded the keeper and directed a left foot shot at goal, only for his strike to be cleared off the line.

Stewart had another chance immediately after, but his right foot shot from the edge of the box went narrowly wide.
After that, the game swung completely as Brabant took complete control.

A tap-in from a cross, followed by a well-worked team goal put the hosts 2-0 ahead after half an hour as Rochdale struggled to cope with the opposition’s midfield three.

A calamitous defensive mix-up allowed a third, and then a super shot from 25 yard out into the top right corner extended the Dutch side’s lead to 4-0.

Dale changed three of their back four and looked more secure for the final 20 minutes, leading to Kisimba, the visitors’ best player on the day, scoring an impressive individual effort for a brief moment of celebration to end the trip.

Wolves had a game to forget against Sparta Rotterdam as they conceded six after taking an early lead.