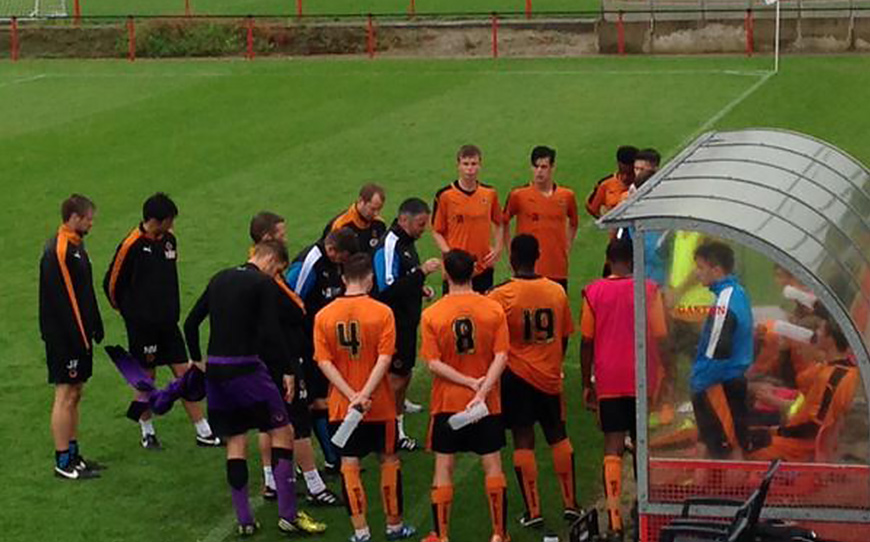 Niall Ennis and Ross Finnie grabbed the goals as Wolves claimed their second win of the LFE pre-season trip in The Netherlands by defeating FC Twente 2-1.

As the rain poured down, the game began at a ferocious tempo, with Wolves enjoying midfield superiority against the home side’s 4-3-3 formation.

After an intense opening half hour, the visitors managed to break the deadlock when Ennis celebrated his England Under 17 call-up earlier in the day with a superb individual effort.

Picking up a loose ball on the right-hand side, the young striker outmuscled the left-back before producing an audacious chip from the edge of the box, which dropped into the far left corner of the goal.

At half-time Twente made wholesale changes and the fresh legs of their substitutes enabled them to take charge. That dominance finally told as a cross from the right wasn’t dealt with by the visitors’ defence and the ball found its way into the back of the net.

Wolves responded well. Good footwork from Christian Herc drew a clumsy foul in the penalty area and the resultant penalty was dispatched by Finnie, who side-footed the ball into the top right corner to give the Wanderers their second lead of the day.

With 20 minutes still remaining, the hosts bombarded the Wanderers rear-guard who remained obdurate to the last and saw out a 2-1 victory.