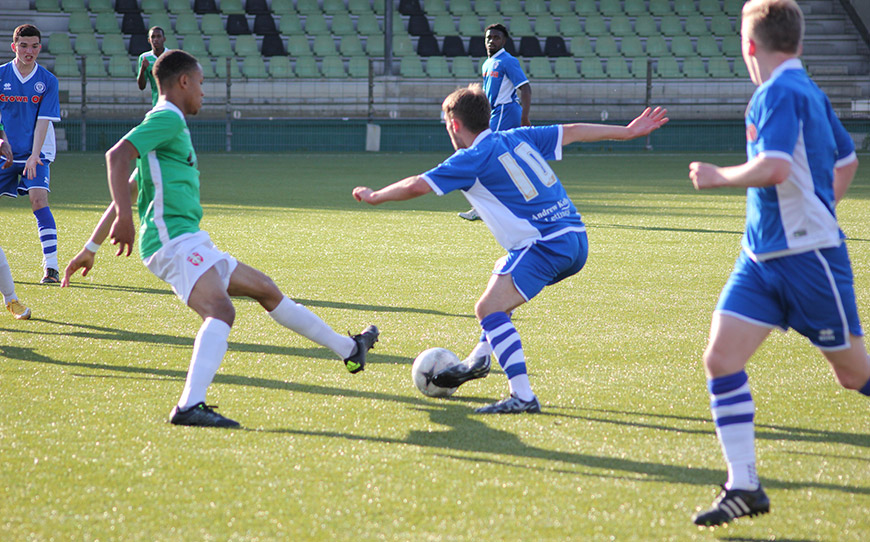 Rochdale’s youngsters were narrowly edged out 1-0 by a strong FC Twente side coached by former Manchester City and Dutch international Paul Bosvelt.

The home team peppered the Rochdale goal from the first whistle, forcing the keeper into action on a number of occasions early on.

It didn’t take long for the hosts to gain the upper hand as a ball that was parried out was diverted into an empty net with just ten minutes gone.

After the early onslaught, Rochdale began to gain a foothold in the match and were awarded a penalty just before the half hour mark. Unfortunately, Japhet Mata spurned the opportunity to get back on level terms, drilling his spot kick low, hard and wide of the left-hand post.

With that miss went Dale’s hopes of a comeback – though the first-half ended in bizarre fashion when full back Callum Schorah was hit from behind by the opposition winger after shielding the ball out of play, leading to a row between both sets of players.

Rochdale searched for an equaliser after the break but were unable to create any clearcut chances against a Twente side fielding two Dutch youth internationals.

With the rain lashing down, both sides toiled in possession and Dale finally succumbed to a narrow defeat.