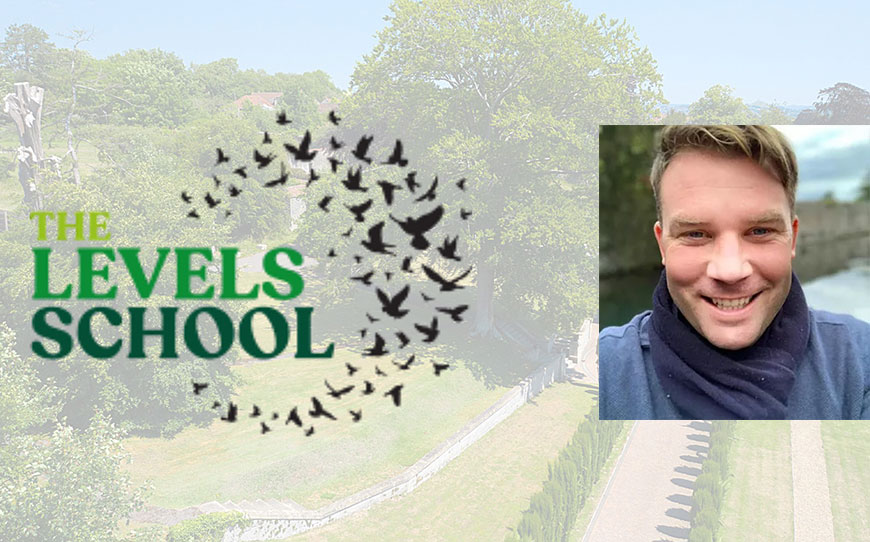 Since the coronavirus pandemic began early last year, many people have decided to take up new hobbies and set themselves fresh targets to achieve.

The specialist institution is designed as a nurturing environment for students with specific learning difficulties and co-occurring diagnoses.

“It will be open for eight to 18-year-olds,” he told LFE. “We’re starting with Year 4 to Year 11 and then there will be a Sixth Form in a couple of years’ time. Most students will have dyslexia, but we also cater for co-occurring difficulties, so that could be dyspraxia or dyscalculia.

“Some of our students will just be suffering from anxiety and need a smaller nurturing environment compared to a normal school. Our classes are no larger than eight, so more attention can be given to each child.

“There aren’t many schools, certainly none here in Somerset, that can meet the needs of the kids who do have severe dyslexia and co-occuring difficulties, so this is life-changing for these families.”

Middleton’s desire to provide the required level of support to those in need comes from his own experience growing up with dyslexia.

He continued: “When I was at Cardiff and said that I’m dyslexic and needed extra help with the college course, the club had never come across someone with similar requirements. The Head of Education, Steve Ellis, found a one-to-one tutor to sit next to me in classes and support me with my work, and I certainly wouldn’t have got my Diploma without that extra support.

“It varies of course, but for me I find it extremely difficult to read and absorb what I’ve just read. Ultimately, the key thing is to understand the children and their individual needs. They are no different to anyone else, they just think a little differently.

“They’re not stupid or anything, they just sometimes take a bit longer to process things, so they require that bit of extra support and patience. I’m really passionate about showing these kids that you can get somewhere in life in spite of these barriers and it’s just about your mindset to get through them.”

Middleton boasts significant experience in this environment, having worked at a specialist school for over a decade until he was made redundant when it went into liquidation at the start of the first lockdown in March.

“When I got released by Cardiff, I went to Aldershot Town, who were in League Two at the time. Unfortunately, I had a really serious facial injury from an accidental elbow and that pretty much ended my career,” said Middleton.

“Using the FA Level 2 Coaching badge that I did as an apprentice, I managed to get a role as a sports coach, alongside playing semi-professionally. After a couple of years, it evolved into a full-time position, and I did further qualifications in individual sports to become a Level 2 or 3 Coach for about 15 different sports.

“In the last few years, I moved into providing pastoral care to the children. Because I’m a practical teacher, rather than a sit-down teacher, the kids were more comfortable talking to me as it was a more informal environment to the classroom.

“I know that the curriculum can be a bit overwhelming for them at times, so it’s great to be able to give them a safe space away from that for a short time and just reassure them that they’re on the right path, and that’s why I love my job.

“Originally, it was just something that I’d fallen into, but watching these kids have similar issues to myself, I realised how lucky I was to get extra help and these students needed that same level. The school’s closure meant that 40 students were completely out of school and I was determined to maintain that support, which is why I decided to set up my own.”

In order to succeed in completing such an enormous task, the former full-back used skills that he had developed as an apprentice footballer to help him along the way.

“We’ve made the school a real team environment,” he said. “In football, you can have one or two players who are amazing, but you need a full team of 11 to get through the match. That’s the mindset I’ve had when developing the team at The Levels School. There’s 16 of us and as a unit we all work extremely hard in our own designed roles to bring it all together.

I knew I wanted to help these kids and nothing was going to stop me setting up a school for them.

“It has been a rollercoaster, but I always kept that determination and belief that it’d happen and it’s from the knockbacks I experienced in football that gave me that resilience.”

Having found a suitable premises within a 20-mile radius of the previous school, converted the property for school use and recruited staff and students, Middleton and his colleagues then had to pass a gruelling Ofsted inspection as part of an application to the Department of Education (DfE).

At the end of November, the school was finally authorised to deliver full-time education when its DfE registration was approved, marking a notable milestone in the arduous process.

“It was really exciting, not only for the students who can get back to school, but also the staff members who have been with me and made a lot of sacrifices to get to this point,” Middleton added.

“At the start of 2020, I never would have expected to be setting up an independent specialist school. Not many people can say they’ve built a school from scratch and have done it in such a short space of time.

“Our next step is to wait 12 to 18 months for our next Ofsted inspection, and obviously we want to be outstanding for that. Our challenge is to get to our limit of 65 students and I’ve already had a conversation with our Head Teacher, Carol Cook, about building another school like this in a different county in three to five years’ time, and then hopefully a few more across the country.”

Although football was once his primary focus, Middleton, who is also a carer for his severely autistic brother-in-law during his spare time, has found a career away from the game that fulfils his passion to help people who are less fortunate than most.

“I thought at 17 or 18-years-old that football was going to be my life, but one injury changed my path,” he added. “It’s really important for lads to make sure they have something else to focus on because you never know what’s round the corner.

You don’t need to box yourself into the sports industry just because you’ve been involved in football.

“You’ve gained skills that will transfer into any industry, it’s just about pursuing something you’re passionate about and willing to put the required level of effort into.

“Initially, I was in a sport role, but over time I’ve drifted into a different area and now I’ve set up my own school, so if you put your mind to it and have support around you, I think you can do anything you want.

“For anyone wanting to go down the route of teaching, I’d recommend them to get volunteering. Get into a school and offer your time to an after-school club or support teachers with whatever they may need. Get in as early as you can and build your experience.

“As someone who has always cared about helping people, it’s something that suits me perfectly.”