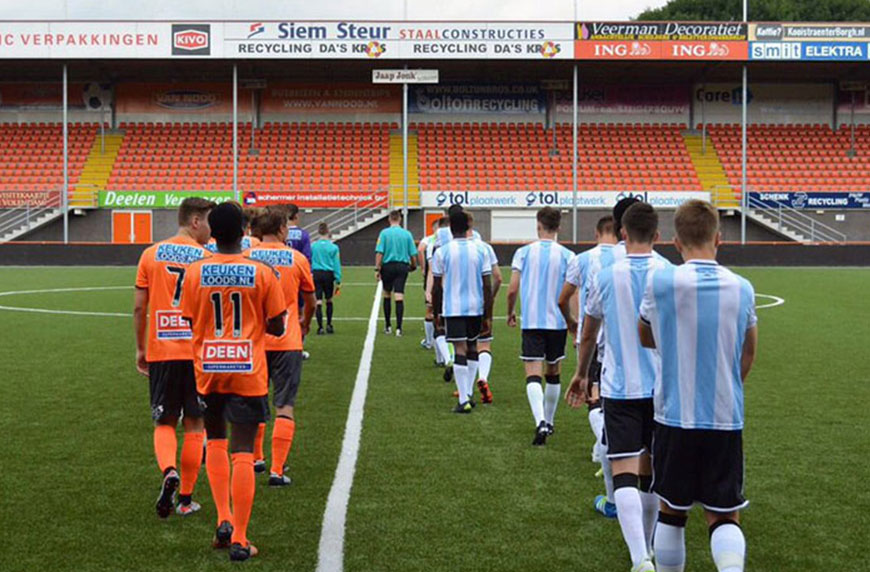 Eight English clubs will head out to The Netherlands with their apprentices on Monday 31 July as part of a pre-season trip organised by League Football Education.

Around 100 Under-18 players from Barnsley, Burton Albion, Coventry City, Exeter City, Fleetwood Town, Hartlepool United, Scunthorpe United and Wigan Athletic will participate in the trip, which concludes on 12 August, as they further their preparations for the new season by testing their skills against their peers from top Dutch clubs.

“We are looking forward to how our players cope with the differing styles of play as we play against quite a generic style of football when playing domestically,” Wigan academy manager Gregor Rioch told LFE.

“It will be interesting for us to see how our players make ‘in-game’ decisions when playing against different formations and against individuals who can influence a game.

“In addition, it provides an opportunity for the coaching staff to implement the ‘Wigan Way’ over a two week period that will continue when we return home.”

The initiative is fully subsidised by the Erasmus+ fund to promote development and the exchange of ideas between coaches and players in both countries.

It will see Barnsley and Scunthorpe travel to NAC Breda, while Coventry and Exeter are hosted by Sparta Rotterdam. Meanwhile, Burton and Hartlepool will be based at FC Volendam, with Wigan and Fleetwood staying with FC Twente.

Rioch said: “We will have little or no knowledge or pre-match analysis of the opposition we play in Holland, so our focus and preparation leading into the games will be about us and how we play.

“With this in mind, we will encourage our group to show leadership qualities and take ownership for the problems they will face during the games.

“I believe this will benefit us as a whole when we return to England and might adjust our pre-match approach in the future that is highly driven with prior knowledge of teams we play.”

The teams will face testing fixtures against Eredivisie clubs like Feyenoord, FC Twente and ADO Den Haag, while they will also be exposed to a range of cultural activities, including a visit to the Overloon War museum and trips across Amsterdam.

“We will be in a football environment for two weeks, living and breathing football with very few external distractions, which will enable us to implement standards and values within the group and build team spirit for players and staff,” Rioch added.

“The trip offers us the chance to understand the good and bad habits of the players, how they prepare for training, their recovery strategies, behaviour, food habits and so on.

“It will also benefit us greatly off the pitch as the players and staff will gain so many life experiences over the two weeks that will broaden minds and inspire them in the future. It will take us out of our comfort zone and provide us with life long memories.

“It will be fantastic to learn about day-to-day life in Holland, as well as meeting new people and learning how to communicate in a foreign country.”