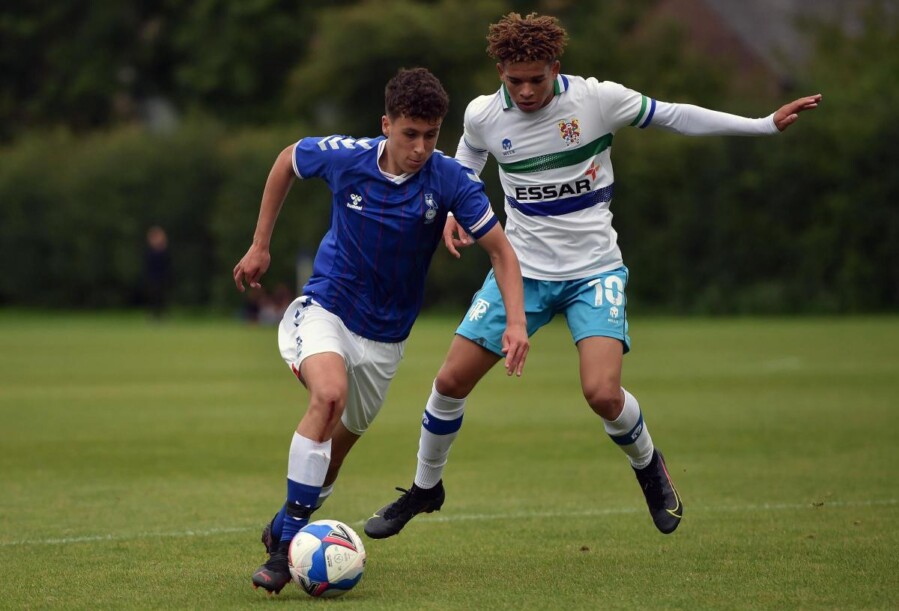 Oldham Athletic have tied down academy graduate Joe Edwards to his first professional contract ahead of the 2022/23 campaign.

Edwards, a talented attacking midfielder, has committed his future to Latics after impressing for the club’s youth team.

Alongside training with the senior players regularly this season, the 18-year-old has also been on the bench for the senior team during his two-year apprenticeship. Keen to gain experience at first-team level, the youngster enjoyed a short but productive loan spell at Winsford United.

Speaking after putting pen to paper, Edwards told the club website: “I’m just buzzing and it’s a dream come true really. I’ve always wanted to be a professional footballer and I’ve worked really hard to achieve that. It makes it even better it’s at my hometown club, as I’ve been to matches over the years with my Dad and remember the crowd and how good they were in those FA Cup games.

“It’s a proud moment for my family and especially my Dad who supports the club and has helped me get to where I am now. This is only the start though and the hard work continues this summer to impress everyone and I can’t wait to wear the Oldham shirt again.”

Head of Academy, Conor Marlin added; “Joe has shown he has lots of potential during his time with the club. He has an eye for goal and has that final pass which is hard to find.

“I call him ‘Joe the goal’ as he scores so many goals off both feet. He is someone the fans will enjoy watching as he is technically very good and will give his all. I hope he can have a good pre-season and show Shez and the first team players and staff his level.”