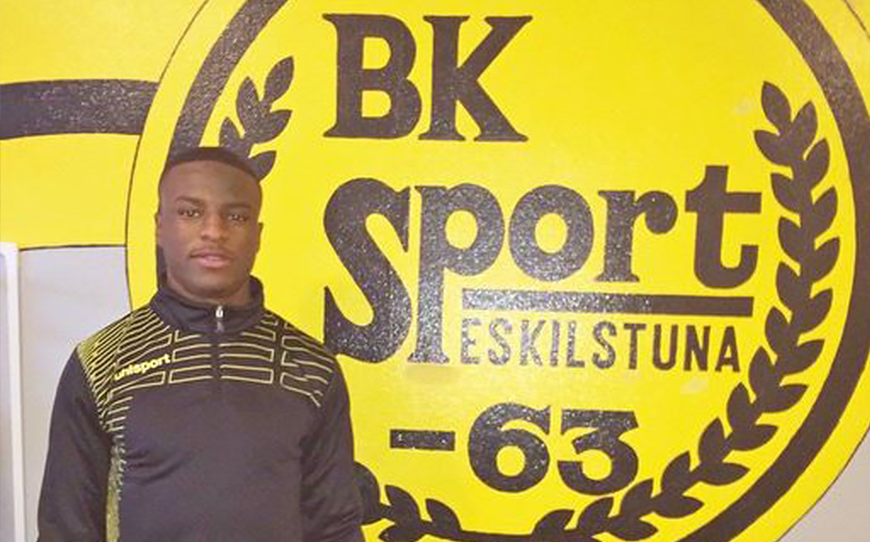 Moses Duckrell has described signing for Scottish Championship side Livingston as “a dream come true”.

His move north of the border comes almost exactly 12 months after being released by Barnet at the conclusion of his apprenticeship. The pacey winger though did not give up hope of a career in the game and has just returned from Sweden, where he has been on LFE’s player placement programme at BK Sport.

He impressed manager Mark Burchill while on trial and caught the eye in a 1-0 friendly defeat by Real Sociedad.

“Moses is a very quick player who has bags of potential and we will work closely with him to get him ready to play in the first team,” said Burchill.

Burchill’s eagerness to develop the Londoner’s potential was recognised by the offer of a two-year contract and Duckrell is now keen to repay his new managers faith.

“It’s a dream come true to sign a professional contract,” Duckrell said. “I was totally over the moon when the gaffer phoned me up and said that he was going to offer me a two-year deal.

“When I got released from Barnet, I was offered the chance to play in Sweden for three months.

“I played in the Third Division there and got about a dozen games in the first team and it was hugely beneficial for me. I learned a lot and dealt with the physical side of the game.

“The standard wasn’t as high as it is here but it was good to get a decent run of games for a first-team and it helped my game.”

Duckrell added: “I really believe this is a great place for me to learn and hopefully improve and take steps forward in my game.

“It’s just such an incredible feeling. The game against Real Sociedad was the largest crowd I’d played in front of and in the largest stadium I’d played at.

“When I came on I thought ‘wow this is amazing.’ I can’t even get my head around the idea of playing in front of crowds like 50,000 at Rangers.

“I’ve been knocked down a lot before so it’s great to know the hard work has all been worth it.”

LFE sends 25-30 players out to Sweden each season via its player placement programme in a bid to provide further football and life opportunities.

“This is a perfect example of how our placements in Sweden can prepare players for their next move in football,” said LFE’s Simon Williams.

“Moses had the platform to continue his development while at the same time acquire some experience of men’s football abroad and this has clearly been recognised by Livingston.

“Moses is fortunate enough to apply the skills he learned from moving to Sweden for his new venture and relocation to Scotland and we wish him every success both on and off the field.”