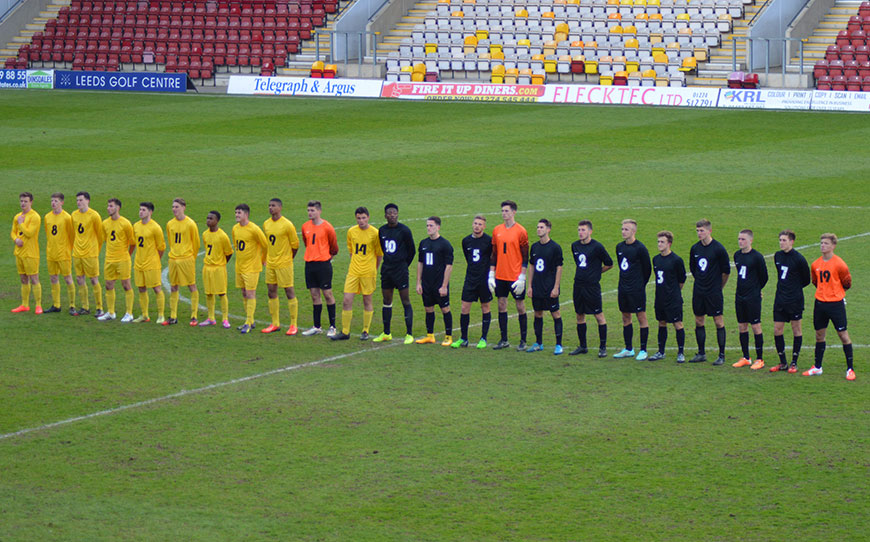 Just two weeks after being told he was surplus to requirements, Oldham Athletic defender George Edmundson has signed a one-year professional contract with the club.

The turnaround comes after new manager Darren Kelly conducted a reassessment of youth players offered contracts by the club.

Edmundson was part of the Oldham Athletic youth team which won the Youth Alliance Cup at the end of April and played in LFE’s Assessment Trials at Bradford just two days later.

“I’ve spoken to the relevant people and there are a lot of players who are highly thought of here and George was one of those.

“He knows the hard work starts now but he will be given every opportunity to progress at this club.”

Edmundson who told LFETV that he was actively looking for a new club or an American Scholarship described his elation at the club’s change of heart.

He said: “It’s come as a big shock to me to sign a contract. I was initially told I wasn’t going to get offered one but to be told after the cup final I was getting one was an amazing feeling.

“To get up to first team standard I now need to put the hard work in. I’ve been in with Anthony White and Jack Tuohy doing stuff to get physically bigger and stronger.

“The new manager comes from a youth background so that gives us a head start because we know he tries to develop youth players as he has been in that environment before so it gives us a good starting point.”

Meanwhile Edmundson’s central defensive partner Callum Etches, has elected to take up the offer of a full scholarship at Savannah College of Art and Design instead of signing a professional deal with the Latics.

Watch George’s interview with LFETV at the Assessment Trials: