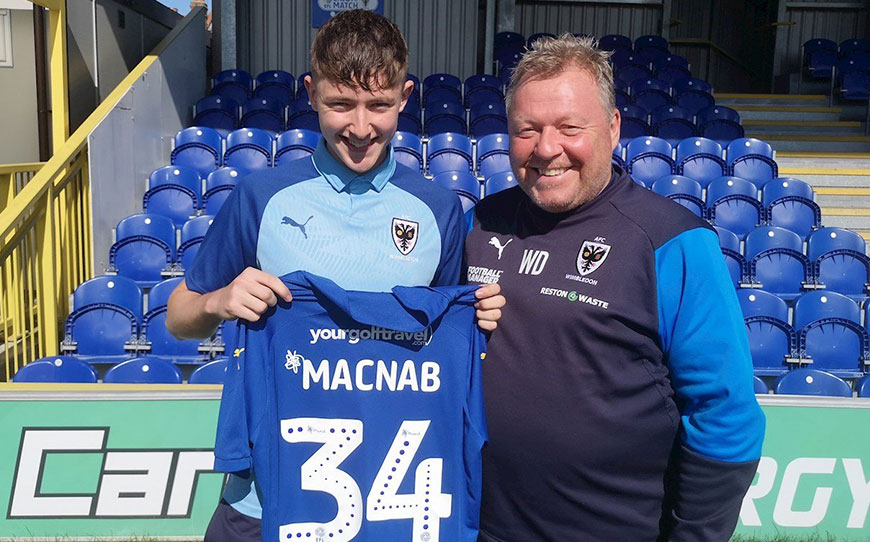 Macnab scored for the first team during a pre-season friendly against Crystal Palace in the summer, while he will now gain more senior experience on loan at Isthmian Premier Division club Leatherhead.

Manager Wally Downes told the club website: “Finlay had an injury last season and no one was really sure whether to take him or not, but Glyn and I saw something in him in one of the first games that we watched, a reserve match when he came on as a substitute.

“We had to take into account his injury, but we said that we would give him until Christmas with a full pre-season behind him. He has done very well and I look at him and ‘Rudi’ (Jack Rudoni) and I think there is a very solid midfield in terms of looking forward at this club.

“We are lucky to have both of them here at this stage. It’s about us now progressing and developing them, so that they can be the future for us at this club.

“Finlay is a very strong kid, he is very determined, very bright, and I think everyone has seen enough of Rudi to think that he’s an emerging talent as well. There are boys coming through now and that will stand us in good stead.”