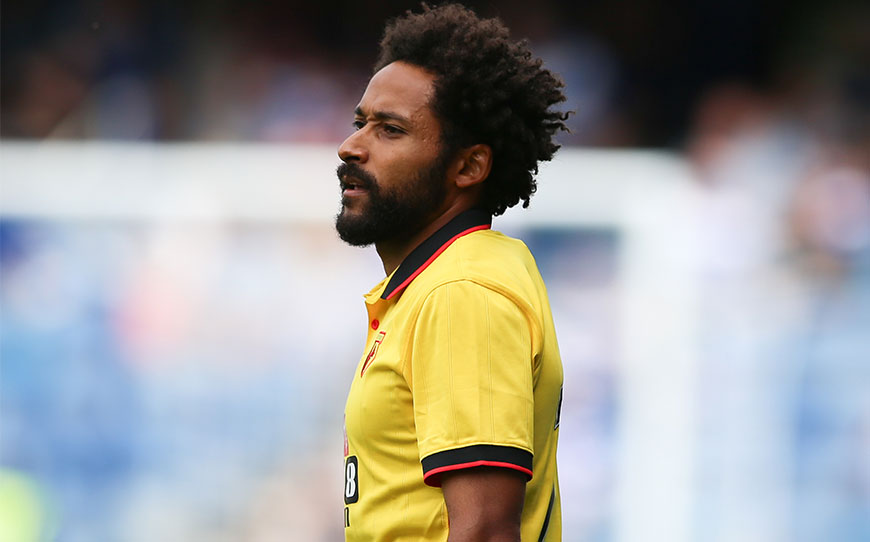 Derby County have completed the capture of Ikechi Anya from Premier League side Watford for an undisclosed fee thought to be around £4million.

The 28-year-old has penned a four-year deal at the club having spent the past four years at Vicarage Road.

Anya, who won League Two Apprentice of the Year at the inaugural English Football League awards in 2006 while at Wycombe, featured 28 times in the Premier League last season and played a key role in the Hornets’ promotion from the Championship in 2014-15.

The winger came off the bench during Watford’s 1-1 draw at Southampton on the opening day of the season
but now becomes the second Hornets player to join Derby inside a week following Matej Vydra’s move to the iPro Stadium.

Rams manager Nigel Pearson said: “We’re delighted to get Ikechi Anya here. I have met with him this evening and he is certainly a very enthusiastic individual.

“He gives us more balance to the squad and we have someone that is versatile in wide areas. He can play out wide, at full-back or as a wing-back.

“I’m really pleased with the potential that he brings to us.”

The Scotland international has come a long way since spells in non-league football at Oxford City and Halesowen Town between 2007 and 2009, before returning to the professional game with Northampton.

Glasgow-born Anya then spent a three-year period in Spain, initiated by Glenn Hoddle’s now defunct academy and moving on to Sevilla Atletico, Celta Vigo and Granada before becoming a regular on loan at Cadiz.

He came back to England in 2012, scoring eight goals in 124 league appearances for Watford before sealing a switch to Derby.

“It’s been a hectic transfer deadline day, but I am happy to be here,” Anya said. “Things like this don’t usually happen to me and I have never used my phone so much!

“It’s reaped its rewards, though, and I am happy about that. I am going to be linking up with Scotland straight after this, but I am looking forward to joining the management and the squad for the first time next week.”

Anya has earned 21 caps for Scotland since making his debut against Belgium in 2013, scoring on three occasions, most notably in a 2-1 loss to World champions Germany in September 2014.

He continued: “When I heard of Derby’s interest, it was my number one destination. I wanted to make this happen.

“This is a massive club. I remember when I was younger, when I used to collect football stickers, Derby were in the Premier League.

“This is a big team in this country. I have been around the training facilities a few times before to play in friendlies and it is such an impressive club.

“The history is rich too and I am delighted that this has happened.”