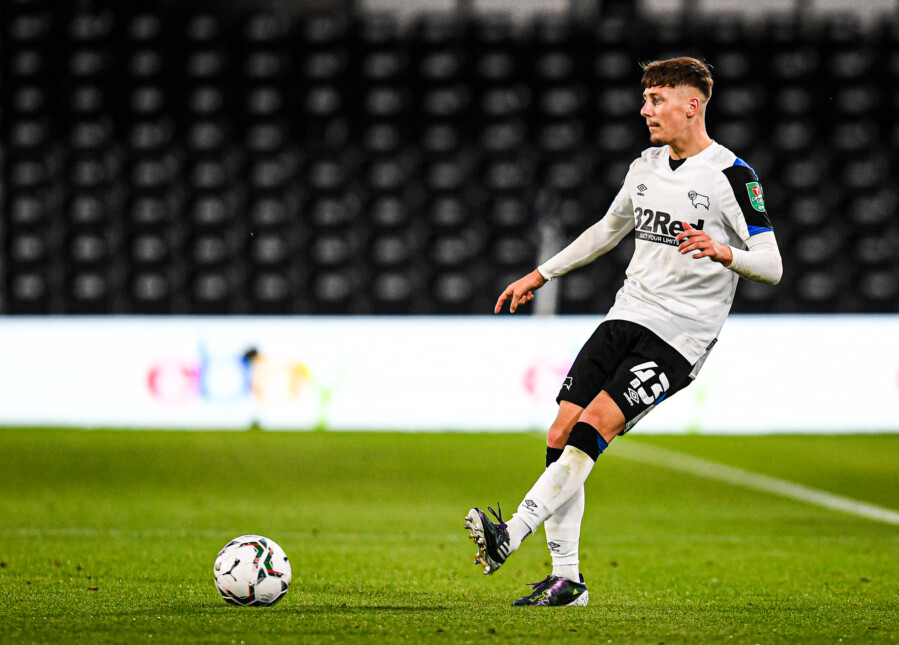 The talented left-back, who made his debut aged just 16 in an Emirates FA Cup clash with Crawley last year, joined the Premier League giants last week.

Williams,18, made eight senior appearances under Wayne Rooney this season, who said that he ‘couldn’t stand in his way’ once a formal bid from Chelsea was received.

After the ink was dry on the contract, the teenager took to social media to express his delight at the move.

“Wow. I am absolutely delighted to have signed for one of the biggest clubs in the world. Thankyou so much for everything the staff and players have done @dcfcofficial. I cannot wait to get started,” he wrote on Instagram.

Williams was one of several young players regularly featuring for Rooney’s first-team this season while still on a youth contract, highlighting the trust that The Rams manager and staff have placed in young players.

Derby’s academy has been among the most productive in the country in terms of developing players capable of immediately transitioning into the first team, and Williams was a standout from his crop.

In recent years, Jason Knight and Max Bird have risen through the academy ranks – both of whom have gone on to make a combined 199 first team appearances aged just 20 and 21 respectively. Others, like Williams, have departed as youth products. Kaide Gordon joined Liverpool as a 17-year-old in 2021, while Liam Delap was snapped up by Manchester City back in 2019.

Williams makes the move to Chelsea midway through the second year of his apprenticeship programme, meaning his education programme will be picked up by Chelsea. At the time of writing, he is on course to achieve a double distinction in his BTEC Extended Diploma, despite being forecast passes at the start of his apprenticeship.