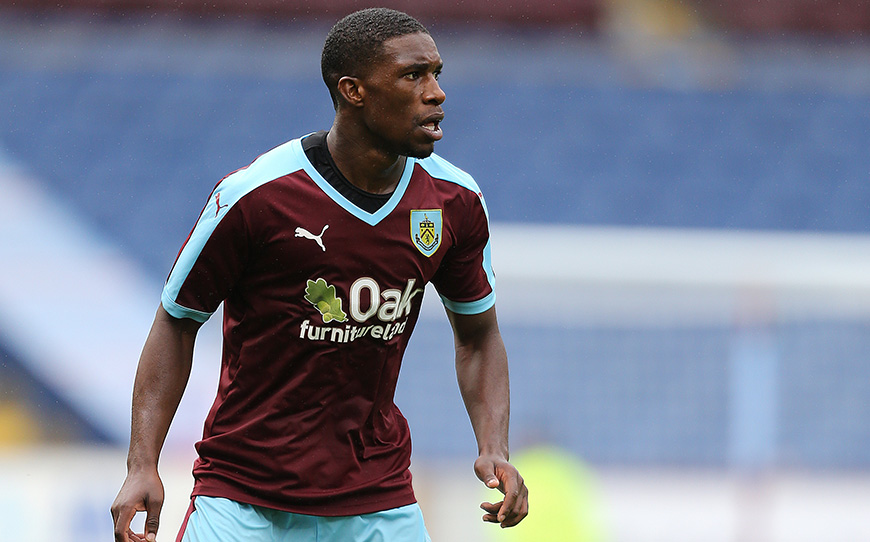 Burnley new boy Tendayi Darikwa insists that he is ready to make the step-up in class and make the right-back position his own.

The 23-year-old, who has featured for Chesterfield in League One and Two, after coming through their youth system, was the Spireites player of the year last season and penned a three-year deal at Turf Moor last week.

And he is eager to show manager Sean Dyche that he can fill the void left by Kieran Trippier’s departure to Tottenham.

Darikwa who cost Burnley somewhere in the region of £600,000 will face competition for that spot from fellow new signing Matt Lowton however he is determined to seize every opportunity he gets.

“I knew coming into the club that there are a lot of good players here but I wouldn’t have joined the football club if I didn’t think I could play,” he said.

“I’ve signed for the club on the basis of trying to break into the team, although I know that’s not going to be an easy job.

“I’ve plied my trade in League Two and League One and I feel like I’m ready for the step up. But obviously I’ve a lot to learn.

“Hopefully the management staff and the players can help me improve quickly and hopefully I can play in the team.”

Dyche, who cemented his plan to sign the full-back after the Clarets played his former club Chesterfield in pre-season said: “He is definitely one who can push for a place in the team now, but also one for the future because we are confident we can improve him as a player because he has a great desire to learn.”