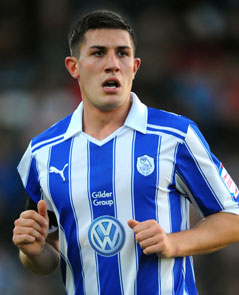 Supported by the Football Association (FA) and Kick It Out the event was hosted at Wembley Stadium.

Wolverhampton Wanderers defender Batth, who is currently on loan at Sheffield Wednesday was not available to receive his award on the night as he was busy helping the Owls to a 3-1 victory at Scunthorpe United in League One.

However, the 21-year-old defender is no stranger to receiving individual honours. He collected a similar prize last year when he was named the ‘Up and Coming Sports Personality of the Year’ at the British Asian Sports Awards.

Other winners on the night included Ipswich Town forward Michael Chopra who was named Player of the Year. Watford commercial manager Raj Atwal picked up the award for Football Behind The Scenes (administration) while Manish Bhasin, presenter of the BBC’s Football League Show, took home the Football Media Award.

FA Chairman David Bernstein, was delighted to introduce the Awards to the calendar of events at Wembley Stadium:

I can’t think of a better back drop to these inaugural awards than Wembley. It is important to showcase role models within the Asian football community who can inspire younger generations.”