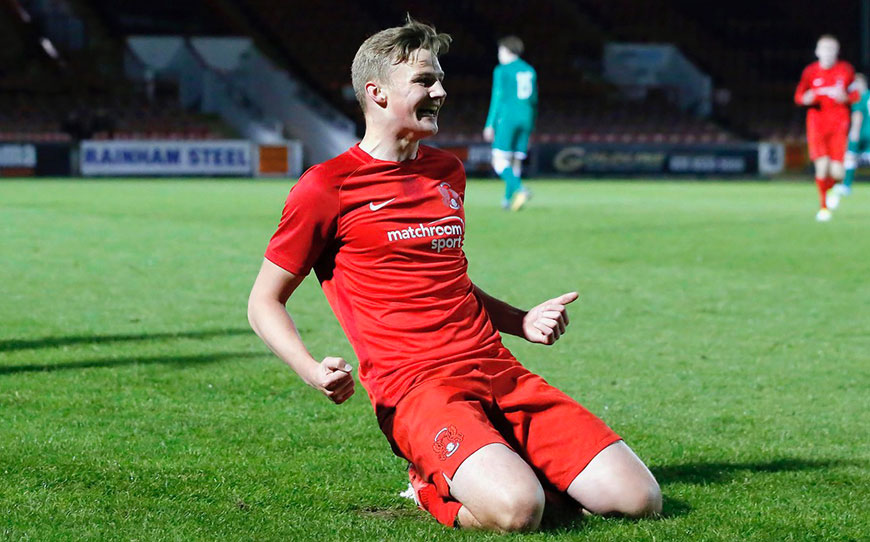 Leeds United have agreed a deal to sign second-year apprentice Sam Dalby from Leyton Orient on a two-and-a-half year contract.

The 18-year-old, who was nominated for LFE’s ‘The 11’ in June 2017 for his impressive performance on and off the pitch, made his first-team debut for the O’s in August 2016 as a late substitute in a 3-1 Checkatrade Trophy victory over Stevenage.

In the process, he became the sixth youngest debutant in the club’s history at the age of just 16 years and 226 days. The striker turned 17 that December and signed his first professional contract a week later, penning a three-year deal.

Dalby was then handed his Sky Bet League Two bow four days later away to Wycombe Wanderers and scored his first senior goal on his full debut in a 3-2 win against Crawley Town on Boxing Day 2016.

He ended the first year of his apprenticeship with 17 first-team appearances and has added two more to his tally in the National League this season before making the switch to join United’s Under-23 squad.

Leeds Director of Football Victor Orta told the club website: “We are pleased to welcome Sam to Leeds United, we believe that he can be an important player for the future.

“He has already tasted League Two and National League football, he is tall and strong, and we are confident that in a couple of years’ time he can be competing for a place in our first team.

“In the immediate future Sam will join in with our Under 23’s, who will help to develop him into the player we believe he can be.”