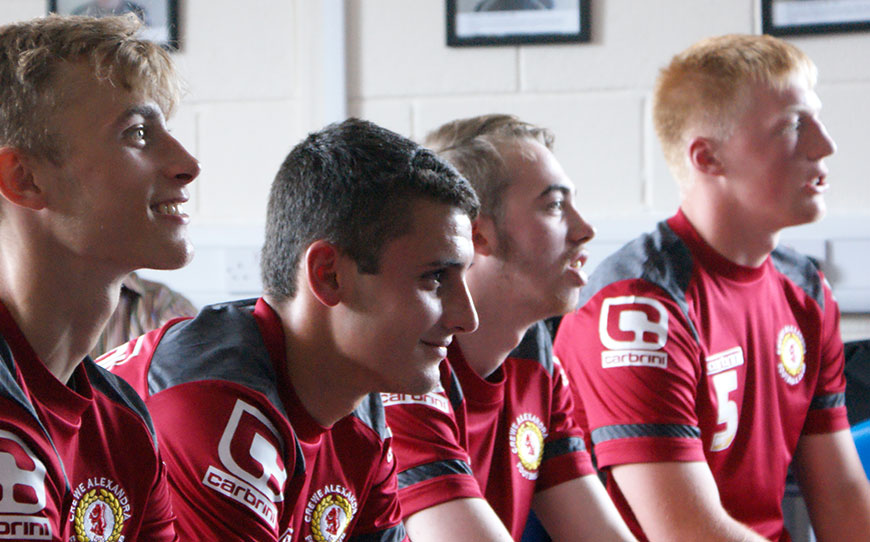 David Artell, the head of academy operations at Crewe has said that lowering the status of Alex’s academy to save money is not a viable option for the club’s long-term future.

The Railwaymen are currently five points adrift at the bottom of League One, staring relegation in the face and with first team manager Steve Davis restricted to a tight budget, there have been calls from some supporters for less money to be pumped into the academy.

The club recently reported over £1m in losses for the last financial year and attention has focussed on the approximate three quarter of a million pounds of club investment required to maintain Category Two status.

However Artell, who captained Alex to promotion at Wembley in 2012, has said that reducing academy costs would have disastrous consequences.

“It’s absolutely vital, if we weren’t Category 2 we might as well just shut the doors,” Artell said.

“In the short term it would cost the club more money because they’d need to fill the gaps in the first-team with old pros, who cost more.

“I know there’s been talk from supporters of why and where is the money going, but it’s very short-termism if you think any money saved on the academy would then go straight in to the first-team.

“That would just implode and it’s not sustainable for this football club. That’s why we want to produce players because they are who make the first-team successful.

“We know what we do is vital for the football club and we’ve got to keep doing it no matter how trying the circumstances and how much scrutiny there is from the supporters.

“We know it’s the future of the football club. Everyone in this building knows we have to produce players because that’s what this club is about.

“Our coaching is second to none which is testament to the work they do here. It has got harder with the big boys taking players, but we’re still producing players.”

Ryan Colclough was sold to Wigan for more than £300,000 in January and the club has also profited from the sales of Luke Murphy and Nick Powell in recent years.

Artell added: “It’s important we stay at that level because that ultimately helps us in the first team and the club as a whole.

“We are one of the smaller Category Two teams, there are others but they haven’t got the pedigree and history we’ve got and haven’t produced the players that we have.

“Our boys need to have the experience of playing against the likes of Manchester United coming through.

“That helps us produce the players, the games are an extension of the training, and you want to be playing against the best teams.”