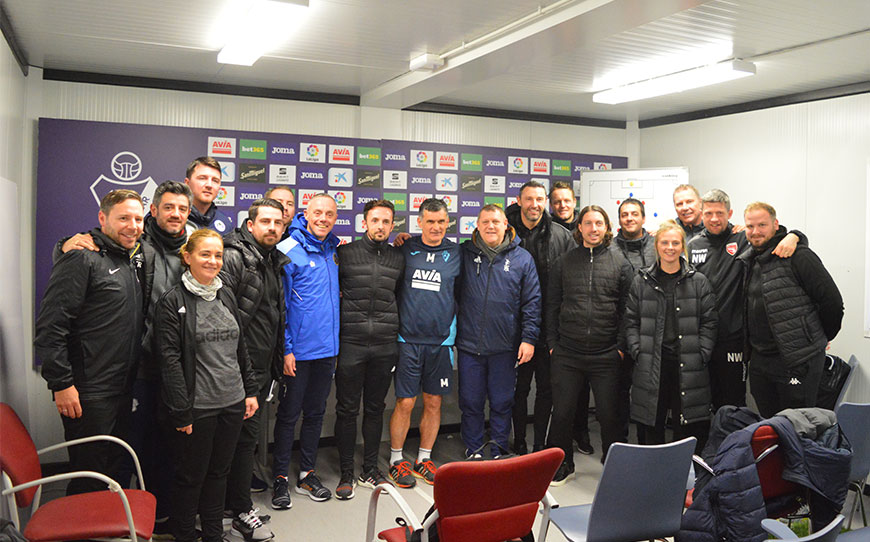 Eleven EFL coaches and two PFA coach educators have returned to the UK following a week of learning across the Basque region.

League Football Education’s Coaches Trip, funded by Erasmus+, exposed the group to Spanish methodology, highlighting a range of theories and techniques around the development of young players and coaches.

Coaches were given particularly open access to Sociedad’s philosophy via a full day spent with Head of Academy Luki Iriarte, while Eibar Head Coach José Luis Mendilibar took time out of his schedule to lead a Q&A session.

Meanwhile, the travelling party also studied local outfits Arenas Club and Danok Bat CF for an insight into their role as feeder clubs to the bigger Academies.