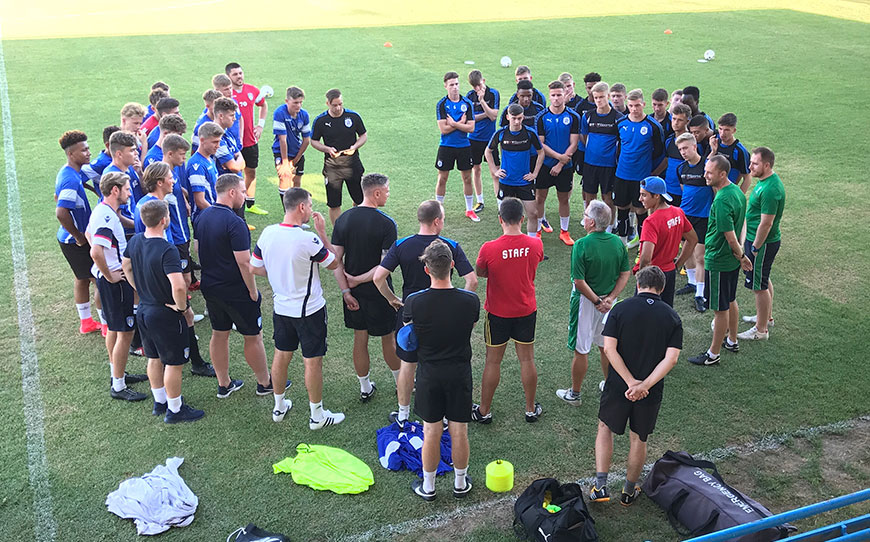 Six English Football League clubs are preparing to jet off to Spain for a pre-season trip organised by League Football Education.

Over 100 Under-18 players from Bolton Wanderers, Bury, Millwall, Milton Keynes Dons, Morecambe and Norwich City begin their trip abroad on Sunday 29 July, with three matches each against Spanish opposition on the schedule before their return on Friday 10 August.

The initiative is fully subsidised by the Erasmus+ fund and aims to promote development and the exchange of skills and ideas between coaches and players in both countries. Malaga will be the hosts for Bolton, with Bury in close proximity at Marbella. Elsewhere, Norwich are staying with Sevilla and Morecambe will travel to Real Betis, while Millwall and MK Dons are both based in Madrid, with Leganes and Rayo Majadahonda welcoming the two teams.

In order to experience Spanish life, players are scheduled to take part in a range of cultural activities, which are designed to broaden personal and professional horizons. These include language lessons, tours at the Spanish Football museum and the Bernabeu, trips into the city centres and guest speaker sessions.

LFE Project Manager Dan Jolley said: “This initiative meets the cultural and sporting aims aligned to Erasmus+ and at the same time allows over one-hundred players in the English academy system the opportunity to sample life, training and work in another European nation.

“Many of them will experience playing against continental opposition for the first time. Learning about different styles of play, coaching and tactics can only help them become better players.”