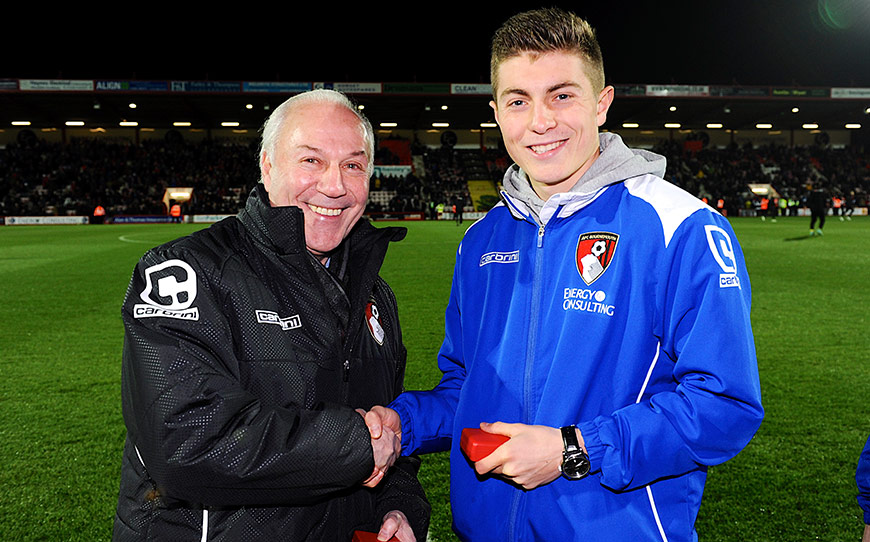 Defenders Jordan Lee and Jack Simpson, midfielder Matt Butcher and striker Joe Quigley have all been offered new deals by the Cherries who are currently on course to start next season as a Premier League club.

The quintet will join fellow second-years Jordan Holmes and Sam Matthews – who were both fast-tracked in to the development squad last season.

Luke Holmes, son of former Bournemouth, Blackburn and West Ham midfielder, Mattie, and Declan Randall were not offered terms by the club.

Academy manager Roach told the Daily Echo: “They have all had opportunities with the under-21s and a couple have trained with the first team. They all offer different things and are on positional terms different as well.”

“We are trying to look at the profile of the players and of the first team and match them to fit what that looks like now. We feel they all have the next stage of development to allow their game to mature in readiness for the next step.”

“We tell all the players that if they do the right things, they will get an opportunity and that is what they have done. Ultimately, it is down to them.”

“At the same time, we also have to recognise the lads who didn’t get contracts. It wasn’t because they haven’t done the same things because they have been exemplary as well. We have to look at who is in the under-21 squad currently and profile the players.”

“It is a long ladder and some are already on it so we don’t want people standing still. We are trying to raise the standard right across the Academy and all the way down the age groups because of where the first team is.”

“We don’t want players in the system who aren’t going to get this opportunity because they are short of anything so we are challenging them. We are now a recognised Championship club.”

“Luke and Dec have been terrific and both have a long association with the academy. We will provide opportunities for them to be profiled at other clubs and will support them.”