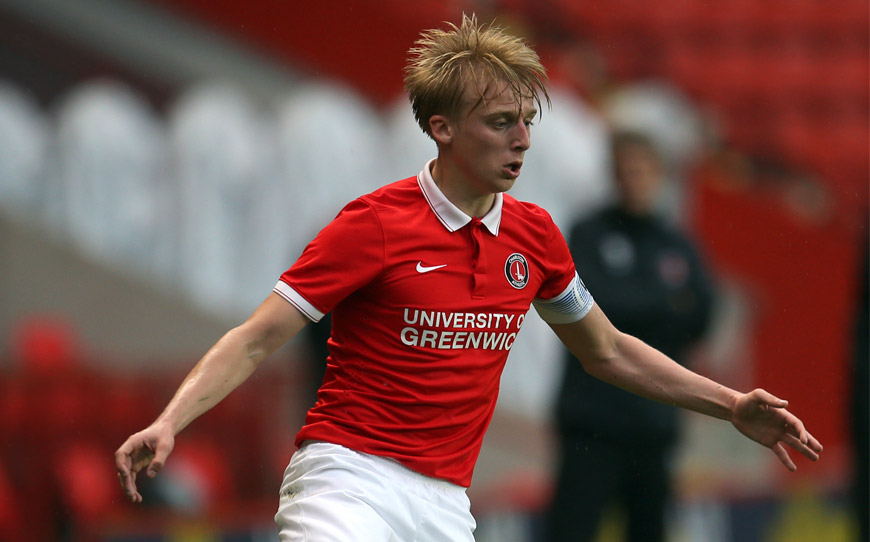 Charlton have secured the services of their Under 18 captain George Lapslie on a new long-term contract.

The 18-year-old who skippered the academy to their second successive Professional Development League 2 national title this season, has put pen to paper on a deal until the summer of 2019.

Lapslie had reportedly been interesting new Premier League champions Leicester City, while Manchester City have also checked on his progress this term.

A boyhood Addicks fans, Lapslie has been at The Valley since he was 11 and first appeared in the clubs U18s during the 2013-14 campaign.

The following season, he made 29 appearances for Sergei Baltacha’s side, scoring five times, as they lifted the PDL2 title and, this year, he turned out 30 times as they defended their trophy.

The all-action midfielder, who also featured regularly for the U21s this season, played an inspirational role in the U18s’ end-of-season play-offs.

He played 120 minutes in their semi-final and final encounters – against Nottingham Forest and Sheffield United – and scored vital spot-kicks in both penalty shootouts.