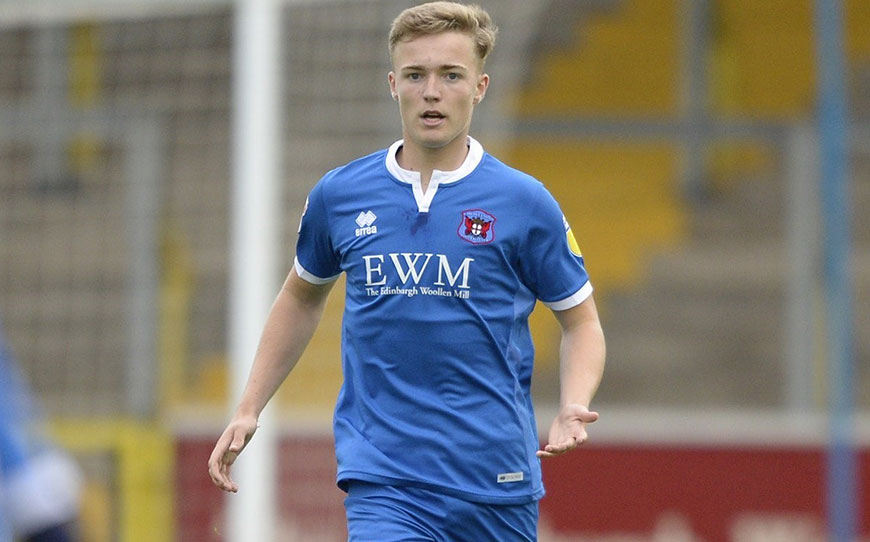 Carlisle United have invested in one of their Academy prospects by handing Josh Dixon a two-year professional contract with the option of a further 12 months.

The 18-year-old was sidelined for the majority of his second year as an apprentice last season due to a cruciate ligament injury. However, the talented midfielder has overcome that setback and encouraged manager Steve Pressley to tie up the youngster after an impressive start to pre-season.

Dixon told the club website: “I was over the moon when I was told I was getting a contract. I just can’t wait to get back and started again because I’ve been out and injured for so long. Getting the offer was unexpected, really, because of that injury. It happened at a horrible time and I haven’t played for nearly a year because of it. Thankfully the coaches said I’d shown enough from my first year to see me through.

“It was a mentally tough year for me, to be honest. I had three operations in the end, and the recovery didn’t quite go as planned, which was difficult, but I have to thank the physios, Neil Dalton and Chris Brunskill. They helped me to get through it.

“It was hard to keep going sometimes, I have to admit that, but I found that I was improving every day. I had little targets to hit, like getting back to running, and things like that, and that’s what helped me to keep my focus.

“I trained with the first team quite a bit during my first year and that was a good experience. The tempo is much quicker with the professional players and the sharpness and touch has to be there from the moment you start the session. It was quite difficult to get used to at first, but after a while you find that it starts to come together for you.

“I’ll be working hard through the summer because I know I need to be as fit as I possibly can be for pre-season. I want to be ready to take the chance if it comes. I can’t wait to get started now, I know I’m going to learn even more just from being with the first team players.

“The manager was really understanding of my injury and he’s told me to work hard so that I am ready when I come back. I’m really happy at the moment and I know I need to concentrate on getting back and playing again so that I can fulfil my potential.

“My contract is for a year so I just want to be given the chance to prove that I can play in this league. I’ll be doing my best to be in the manager’s thoughts and hopefully that will lead to another contract. I’m from Carlisle and I’ve been playing here since I was really young. I’ve supported the team all my life, so it’s brilliant that I’ve been given this chance.”

Meanwhile, manager Pressley said: “He’s shown great signs over the last few weeks and as a club we want to protect ourselves and our prized assets. I’ve been delighted with him in the way he’s applied himself and the potential he’s shown has been magnificent.

“I’ve made it clear to him that he still has a long way to go, but in the short period of time I’ve worked with him I’ve seen that there is a real opportunity for him to kick on and have a good career.

“An important thing once you’ve seen the potential in a player is to then look at his character. He’s from a very good family and he’s a solid young man, and we want him to continue his development here as a Carlisle United player.

“I’ve said all along that the young players at any football club are always vital. The good young players bring an energy and a real desire to play for their club. That’s an infectious quality and when I see that in a young man I always want to harness it and reward it.

“As for how far Josh can go, we just don’t know yet. All of the attributes are there, but he hasn’t yet been tested in a competitive first-team game. Having seen him against Hibs, I think he’ll cope, but there’s a lot of work ahead of him still to do. The one thing I will say is that if we put the work in with Josh, as we are, we want to see the fruits of it here, at this club.

“With this deal now done we’re in a situation where the club, the player and his family are working together and we’re already seeing the reward from that.”

Director of football David Holdsworth added: “I met with Josh’s parents this afternoon and obviously we’re all delighted that this young man has shown real potential and a real desire to progress.

“We want to be part of his development and we want that to lead to him doing good things for the club he’s grown up supporting. We’re all really pleased and we’re looking forward to seeing him push on from here.”