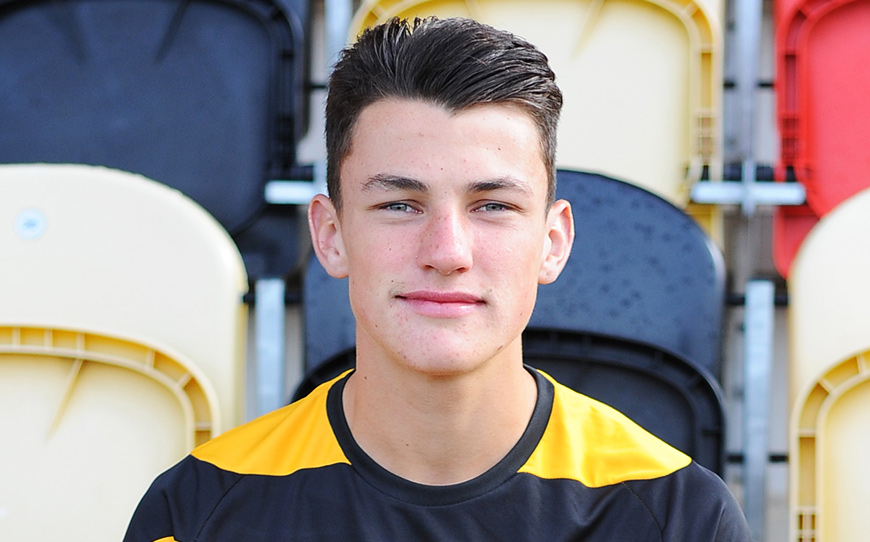 Newport County boss Terry Butcher has admitted that he is keen to keep prized asset Regan Poole at the club.

Central defender Poole who is just entering the second year of his apprenticeship turned 17 in June and was immediately offered professional terms by the Exiles.

Under current regulations Apprentices are unable to sign professional forms until they reach their 17th birthday.

However Butcher has described the proposed deal, which has been brought forward a year, as “no brainer” and is hoping that Poole, who has had trials with Manchester United and Liverpool puts pen to paper.

“It’s been offered to him straight away,” Butcher said.

“Originally it was only going to be offered at the end of this season but I brought that forward to say well you’re 17, we have that contract and it is ready to sign.”

“He hasn’t offered us any indication at the moment that he will sign. He’s speaking to his agent but it is there on the table for him.”

Poole became Newport’s youngest ever player when he started against Shrewsbury last September at the age of 16 years and 94 days.

He went on trial at Manchester United and also spent a week with Liverpool’s academy earlier this summer though County are yet to receive any firm offers for the defender.

Butcher though wants to see the promising teen, stay and develop in the Newport first team.

“If he signs that contract he does get more money straight away so for me it’s a no brainer but obviously for Regan and his agent, they have to work out what’s best for them,” Butcher added.

“I had a good chat with his parents and with Regan too. I told them what I thought, my advice is to sign the contract but obviously he’s got an agent that will give him advice and his parents’ advice too.”