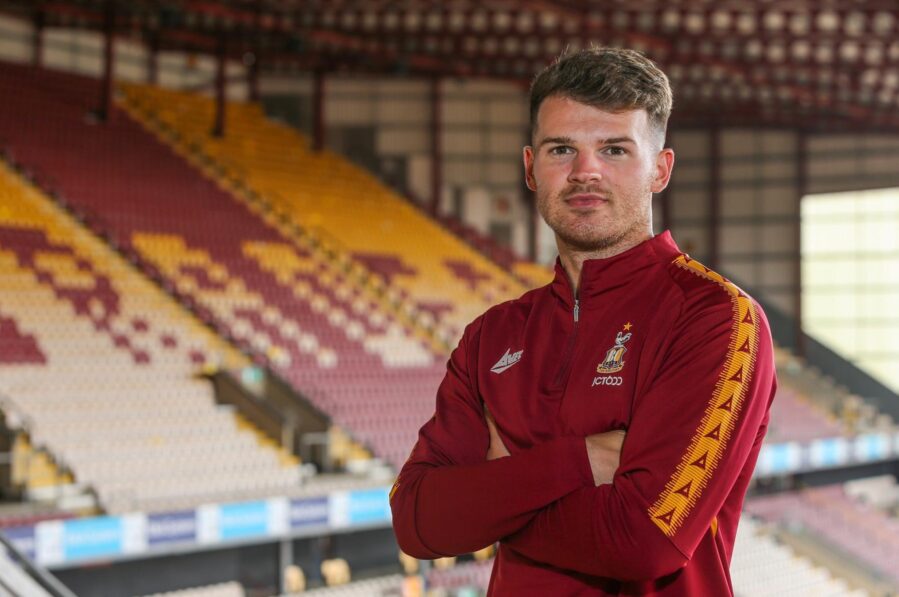 The 6′ 3″ centre-back has penned a deal at the Utilita Energy Stadium until the end of the 2023/2024 campaign, following the expiration of his contract at Barrow.

Born in Knowsley, Merseyside, Platt progressed through the Blackburn Rovers Academy, enjoying two successful years as an apprentice, before signing a two-and-a-half-year professional contract. After a total of seven years, five appearances and a handful of loans, the young defender made the move away from Ewood Park to Barrow AFC, where he has spent the past three seasons. Platt helped the Holker Street outfit to the National League title in 2020 and spent the subsequent two years as an established member of their League Two squad.

Speaking to the club’s media team, Platt said: “I am delighted to be here and to finally have the deal sorted, and am just looking forward to getting going.

“Everything about the club sparked my interest as soon as I heard of the offer. Bradford City speaks for itself and the ambition really drew me in.

“I have spent three good years at Barrow which have enabled me to gather experience of this division and also getting promoted, which will hopefully stand me in good stead.

“I am like any footballer in that I want to be successful and play at the highest level I can, and would love for it to be at this club, getting promoted and moving back up the leagues to where it deserves to be.

“Someone like Mark Hughes in charge, with his experience and success he has had as a player and a manager, will only help me. I will give everything I have in a Bradford City shirt, and cannot wait to get started.”

On the signing, Bantams boss Mark Hughes said: “We are delighted to have secured Matty’s services for the next two seasons and are looking forward to working with him.

“He is a strong defender with a great physical presence, but also a player comfortable on the ball and more than capable of playing out and fitting into the style we want to implement.

“Having spent the past few years at Barrow, he has sound understanding and experience of playing at this level, as well as being a part of a promotion-winning side.

“I am sure you will join me in welcoming him to Valley Parade and wishing him the very best at Bradford City.”