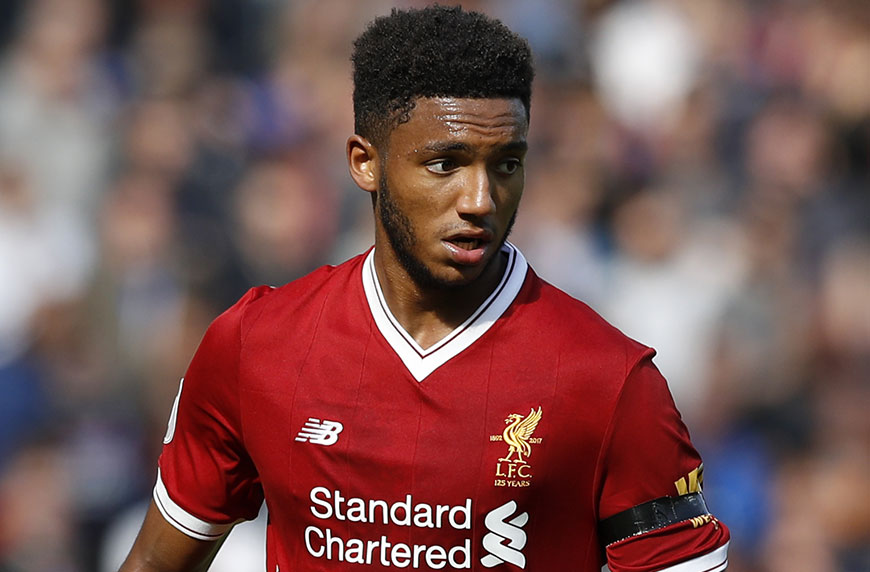 The Young Lions boss has selected the 20-year-old, who collected four Under-21 caps before suffering a long-term knee injury in October 2015, ahead of the next tournament in Italy and San Marino in 2019.

Boothroyd said: “I’ve decided it’ll be Joe Gomez, because he’s a senior player, he’s won the Euro title at Under-17 level and he’s a little bit more worldy-wise than the other boys.

“Having had a long-term injury and coming through that and then getting back into the Liverpool first team says a bit about him, I think.

“He’s just one of those blokes who you think ‘I could be in the trenches with you’ and he’s well respected in the group so he would be the one.”

Gomez came through the ranks at Charlton Athletic and was nominated for 2015 LFE Championship Apprentice of the Year award after making 24 first-team appearances for the Addicks as a second-year scholar in the 2014/15 season.

His early involvement in regular senior football encouraged Liverpool to secure his signature as they paid £3.5million for his services in June 2015.

Gomez featured seven times for the Reds before damaging his ACL on England Under-21 duty.

Having been restricted to three FA Cup outings last term and missing out on England’s European Under-21 Championship squad this summer, the youngster has returned to full fitness this season and has appeared in all three of Liverpool’s opening Premier League fixtures.

“I was really disappointed Joe couldn’t come in the summer but I totally understood why,” said Boothroyd.

“But it’s just one of those things and he’s certainly very mature. He’s a real good sort and he’s exactly what you’d want as a captain.”

The Young Lions are scheduled for an away trip in the Netherlands on Friday evening before returned to home soil for their encounter with Latvia at AFC Bournemouth’s Vitality Stadium on Tuesday.