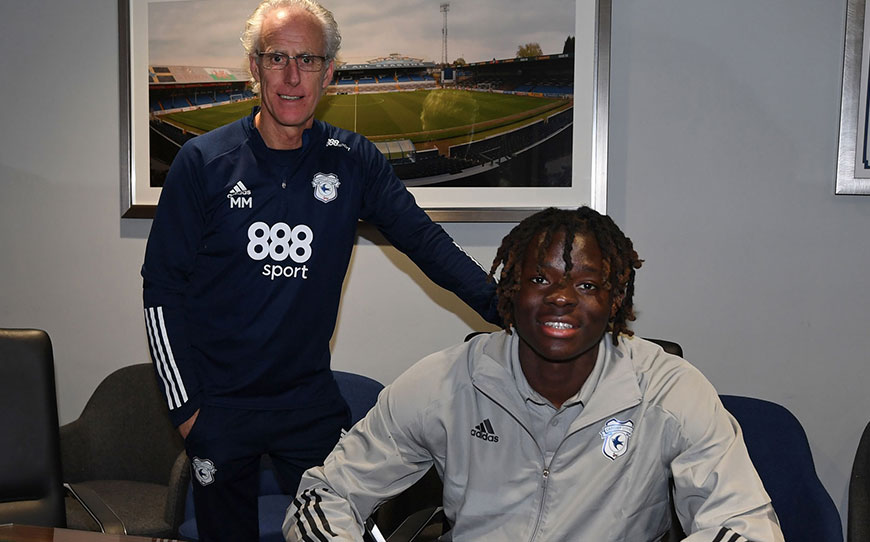 Cardiff City have handed a contract until the summer of 2022 to former Morecambe apprentice Ibrahim Bakare following a successful trial period.

The 18-year-old had been added to the League Two side’s first-team squad last season after impressing in the club’s academy, but left after completing his apprenticeship in the summer to pursue a deal elsewhere.

“I’m really happy to be here,” the central defender told Cardiff’s website. “I came over and spent 10 days on trial and played in two matches, and after the last of those I was told they’d like me to sign. This is a step up for me.

“It’s a historic club. I want to show what I can do and learn off the experienced players and staff. My aim is to get my head down, get into the best shape possible, finish the season off well and show my quality.”

Under-23s Coach Steve Morison said: “Ibrahim needs to settle at a club. He was at Morecambe and lockdown happened. He had a successful loan move at Lancaster Town too. I want to see him grow. Physically, he’s a big, strong lad. He came in, he was really confident and showed great leadership qualities. He’s got really good character and I think he’ll be a really good acquisition for the group.”