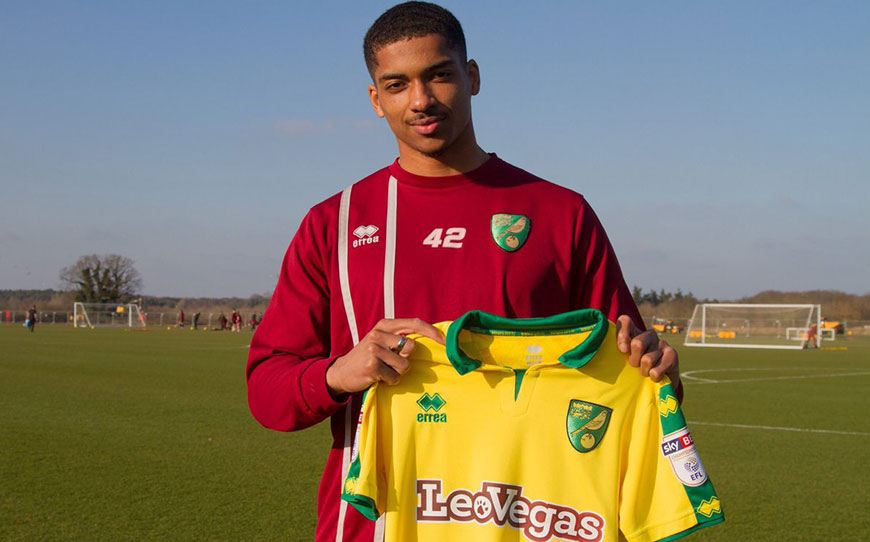 Dagenham & Redbridge academy graduate Mason Bloomfield has agreed a deal to join Norwich City at the end of the season when the transfer window reopens.

The 21-year-old made his senior debut during the second year of his apprenticeship in September 2014, appearing as a 90th-minute substitute in a 2-0 Sky Bet League Two defeat to Northampton Town.

However, the young striker was not offered a professional contract by the Daggers and attended LFE’s Assessment Trials in 2015, receiving a significant amount of interest before signing for non-league club Chelmsford City.

Bloomfield had brief spells at Billericay Town, Grays Athletic, Witham Town, Brentwood Town and Aveley before returning to Dagenham in March 2017, impressing during his 19 appearances this season.

He also got on the scoresheet last week in a 3-1 friendly defeat to a West Ham United side consisting of the likes of Patrice Evra, Mark Noble, Aaron Cresswell and Pablo Zabaleta, helping his cause in earning a move back into the EFL with the Canaries.

Bloomfield told the Daggers website: “I’m really excited to start over there as it is another big step up and it has come about really quickly.

“If you were to tell me a year ago today that I would be signing for Norwich, I would have looked at you thinking that you are a bit crazy.”

Manager John Still said: “Since he has joined us from Aveley he has progressed very quickly, and he has worked incredibly hard.

“We feel that the progress that he has made has been outstanding and that has led to teams looking at him and then receiving a bid from Norwich.

“We are proud of Mason being the next one in a long line of players that have started their careers here and pushed on and we wish him all the best.”

Academy Manager Micah Hyde added: “He played for me in the 2013-14 season and he was in the Under-15s while I was in charge of them and then I took him on to the youth team when I took charge of that, so he has spent a good five years with us.

“It is fantastic for us to see him go on and do well, he was in the youth team for a while and this will be the third one under me to move onto a bigger club and that is what we are trying to do.”