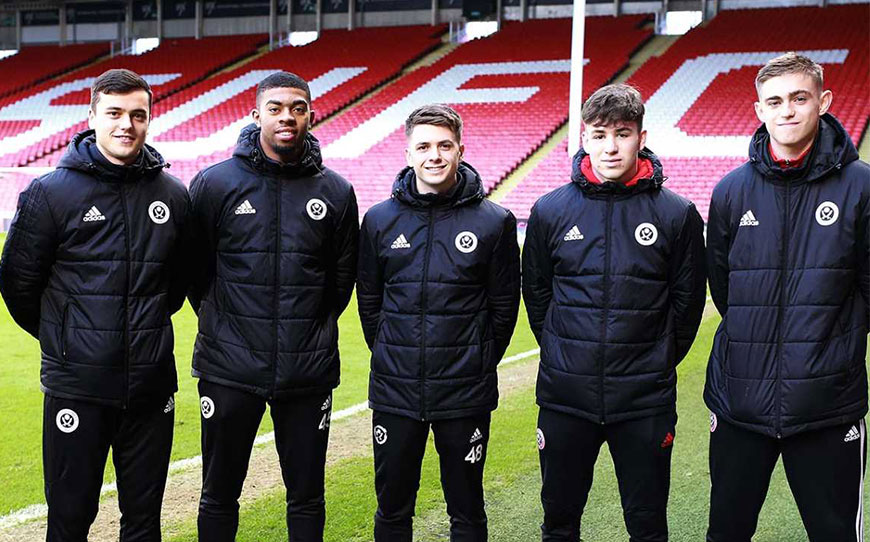 Five Sheffield United apprentices have put pen to paper on their first professional contracts to continue the club’s conveyor belt of academy graduates.

Marcus Dewhurst, George Cantrill, Keenan Ferguson, Jordan Doherty and Oliver Greaves have all agreed terms to commit their futures to the Blades.

Keeper Dewhurst was recently selected for England Under-17s and celebrated with a clean sheet in a 2-0 victory over the Netherlands.

Doherty, winner of LFE’s Goal of the Month competition in December, has also received international recognition having represented Republic of Ireland Under-18s.

Meanwhile, Ferguson has come through the club’s ‘Futures Programme’ to earn his professional deal, while Greaves and Cantrill have impressed in the Under-23s, with the latter making the bench for United’s Checkatrade Trophy win against Grimsby Town last season.

The quintet follow in the footsteps of fellow apprentices Sam Graham and Regan Slater, who both signed professional forms during the first year of their apprenticeship.

Academy Manager Travis Binnion told the club website: “These players have been given new deals as we feel they have the potential to progress.

“It is now up to them to continue to work hard and develop as quickly as they can to take the next step in their careers.”