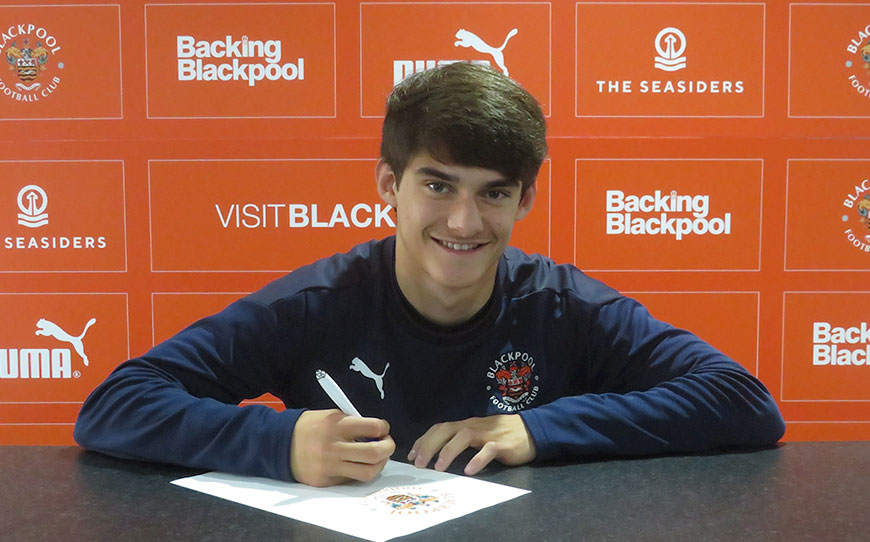 Blackpool have secured the future of one of their top prospects after Rob Apter agreed his first professional contract, signing a deal until June 2022.

The 17-year-old, whose agreement also includes an option of a further 12 months, claimed 10 assists and netted nine times from midfield for the Under-18s last season, and was featured in LFE’s Goal of the Season 2019-20 after winning the monthly competition in November 2019.

Apter told the club website: “I’m made up to sign my first professional contract. It’s been a dream come true and I couldn’t be happier. I’ve had to work hard to get in this position, and now I need to work even harder to try and get involved with the first-team squad.”

Ciaran Donnelly, Academy Director, added: “We are delighted that Rob has committed his immediate future to the football club. Rob is an exciting, young talent that the supporters will enjoy watching develop over the coming years.

“Credit goes to those coaches and staff within the academy that have worked with him over the last couple of years to get him to this point. We look forward to helping Rob take his career to that next level.”