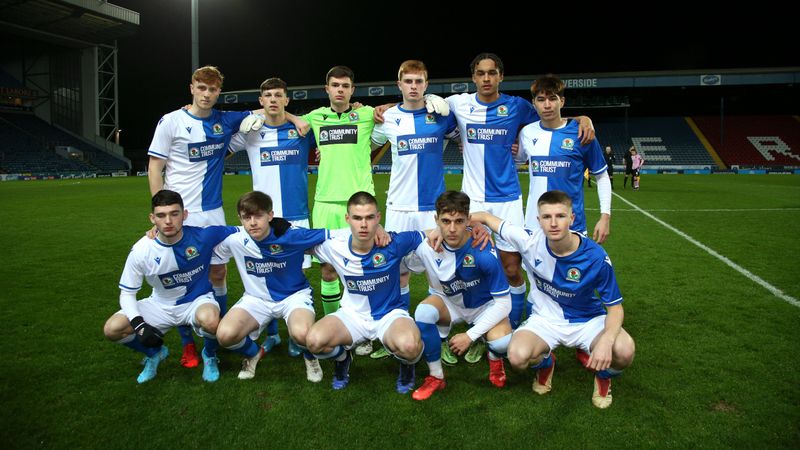 As per the Lancashire Telegraph’s recent report, it is 576 days and counting for Rovers naming an Academy graduate in the matchday squad of a league game. This season, nine products of their Brockhall production factory have played a combined 162 times.

An Academy graduate has captained the club in all 34 league and cup matches this season, while the high-flying Under-18s currently sit third in the Under-18s Premier League, are into the quarter finals of the FA Youth Cup for the third time in five years and have successfully passed their audit to remain a Category One Academy for at least the next three years.

Although the high priority is often bringing players through, Rovers are also keen to ensure opportunities don’t end for any youngster who doesn’t make the grade at the club.

Head of Academy Stuart Jones insists the club have a duty of care to those who don’t make it to ensure that while a deal might not be forthcoming at the club, the door to other opportunities isn’t closed.

“I think it’s vitally important and not necessarily just at the older age groups,” Jones told Rich Sharpe of the Lancashire Telegraph..

He added: “We have players from nine upwards who, as hard as it is, may leave the system and I think it’s vitally important that we have the strategies in place to support those players.

“They can spend a number of years in the system and then when they get to 16 and aren’t offered a scholarship, that’s difficult for us as staff who have spent a lot of time with those young players and their families and that’s the most difficult part of the job to give them that disappointment.

“It’s then really important that we have the strategy in place to support them, and we do, we have a really good department of player care and education to support players and families with regards to when they get that disappointment.

“That can be with finding them other clubs, try and find alternatives whether that be in education and that’s been a big focus for us in recent years and I think we do that really well.

“We contact players after the disappointing news, keep in touch, see where they are and if they require any further support.”

Defender George Wyatt was among those released by the club at the end of his two-year scholarship last summer, but contact continued with Rovers who have since helped him secure a scholarship in America, a route the club are actively encouraging.

Jones expects many to follow suit, but believes Rovers already have similar initiatives in place to give anyone released the best possible next steps.

“When players come into the system everyone knows the stats and that’s why it’s really important that department grows and we provide a support network,” he added.

“We have boys released at 18 and are now in America on scholarships through the work of the education programme and player care so it’s massively important.

“Crystal Palace have done a three year programme and I think a lot of clubs will look at that and maybe start to look at implementing their own because I think it’s massively important.”

Links with other clubs have helped the likes of Matty Platt and Joe Grayson secure moves to Barrow after leaving Rovers who are keen to ensure that players are given every chance of staying in the game even if they don’t make it at Ewood Park.

He said: “Ultimately it’s got to be that one around the first team and players progressing and transitioning through the pathway. That’s what we have to be judged on.

“Week to week in terms of how teams are doing, that’s a reflection of how we’re measuring up against the other Category One clubs in terms of where we’re at.”

“We made significant changes to the programme within the Academy and that was always going to take time, over those five years we’re now starting to see the rewards of that in terms of the programme, the staff and how they’ve bought into what we’re doing and that’s had a real positive impact on the young players who are now coming through.

“We look at players now in the Under-23s and Under-18s but even below that, and we’re excited by some of the talent that’s coming through and I would hope from a club perspective, and we’ve got first-team staff who want to give young players opportunities and long may that continue, and I think there’s a real opportunity over the next few years with some really exciting players coming through the system.”