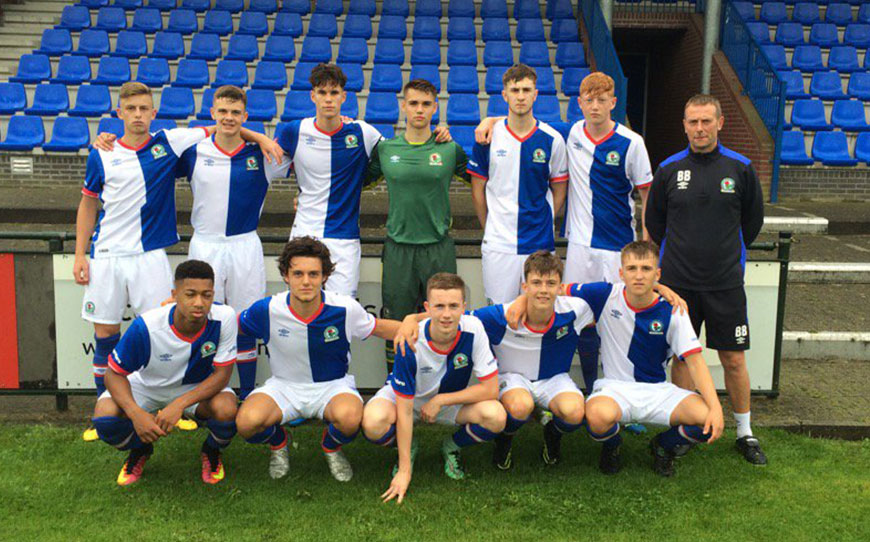 Blackburn Rovers Under-18s completed their pre-season trip to the Netherlands with a thrilling 3-3 draw with NAC Breda on Saturday.

Stefan Mols and Ben Paton both scored second half equalisers for Rovers, before Andy Jackson gave the tourists a late lead, but Breda pegged them back in the closing minutes as the sides shared the spoils.

In an even first half, Brad Lynch and Daniel Butterworth went close for the visitors, but it was the Dutch side who broke the deadlock after keeper Matty Campbell was caught off his line with a lob three minutes before half-time.

The scores were level five minutes after the restart when Te-Jay Robinson delivered a cross into the path of Mols, who volleyed home from close range.

However, Rovers fell behind for a second time on 76 minutes as they failed to clear a free-kick, allowing the hosts to regain their advantage.

And Blackburn then took the lead after Jackson’s cross was misjudged by the Breda keeper, who palmed the ball into the net.

But with stoppage time approaching, the drama continued when Rovers conceded a third penalty in three games on tour, which was converted as the match ended 3-3.