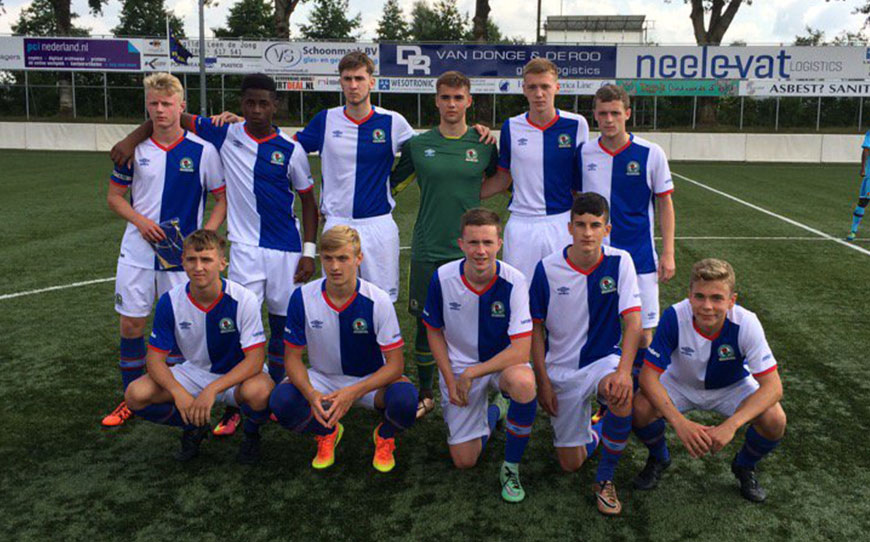 Blackburn Rovers Under-18s made a winning start to their LFE trip in the Netherlands with a 2-1 win against Feyenoord.

Two goals in two minutes late in the second half by Stefan Mols and Daniel Butterworth proved to be enough to give Rovers an impressive victory.

It was an even contest in the first half as both sides cancelled each other out, with neither team creating many chances of note.

Rovers did have a strong penalty appeal waved away after Te-Jay Robinson was tripped in the area, but it remained goalless after the first 45 minutes.

With full-time edging closer, Billy Barr’s team finally broke the deadlock with 20 minutes to play when Mols volleyed home after a miscued clearance following a corner.

And the tourists extended their lead just two minutes later as striker Butterworth guided a header into the net.

Rovers stopper Matty Campbell then saved a penalty, but the rebound was converted by the Feyenoord striker as the Dutch side got themselves back in the game with 80 minutes on the clock.

But that proved to be no more than a consolation strike as Blackburn held on comfortably to secure the win.