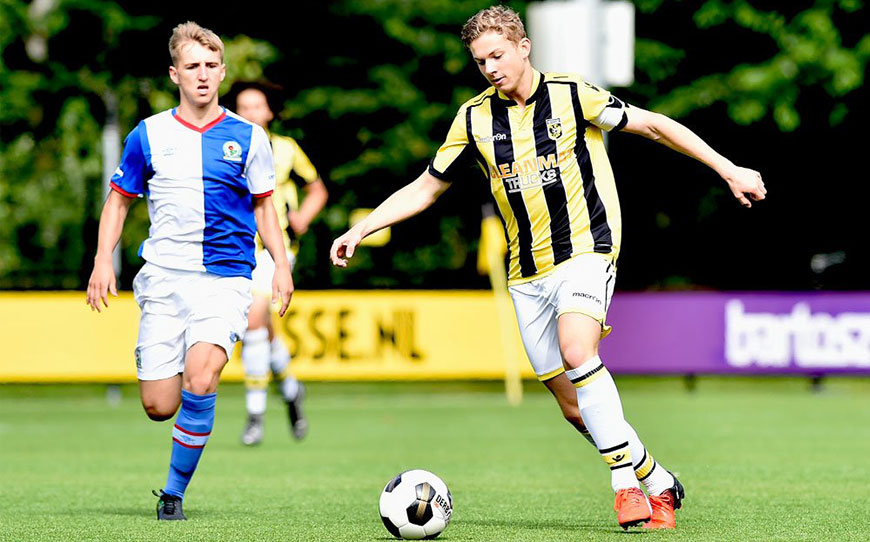 Blackburn Rovers Under-18s slipped to their first defeat of pre-season courtesy of a 3-1 reverse at the hands of Vitesse Arnhem.

Callum Wright’s second half strike proved to be a mere consolation for Rovers as they failed to recover a two-goal deficit after half-time.

After an even first 30 minutes, the Dutch side grabbed the initiative when a free-kick from the edge of the area was whipped into the top corner by Jovi Munter.

Vitesse extended their lead on the stroke of half-time as Munter punished a lapse of concentration by the Blackburn defence to add his second of the game.

Rovers reacted well after the break and were rewarded for their improved performance eight minutes into the second half as Wright converted a header at the back post from a Te-Jay Robinson cross.

However, as Rovers pressed for an equaliser, a dubious penalty decision allowed Vitesse to restore their two-goal advantage, with Thomas Buitink producing the finish.