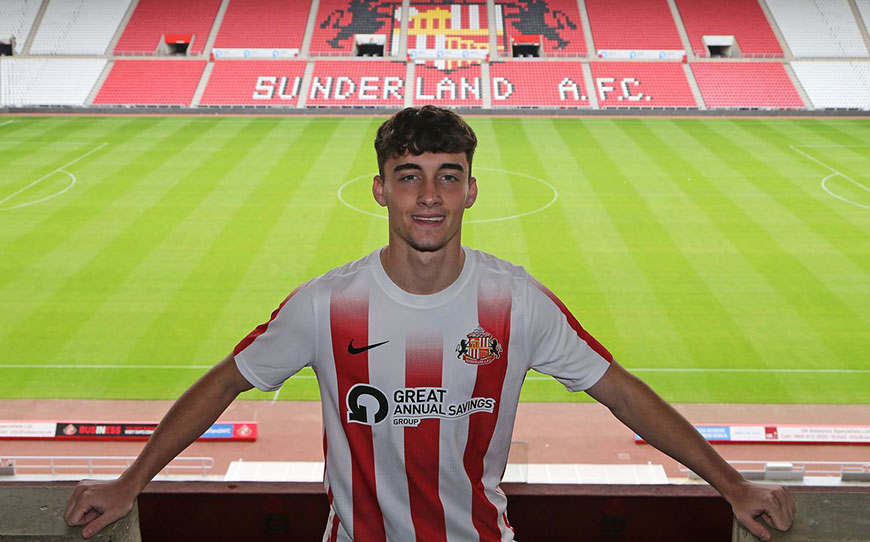 Leeds United academy graduate Niall Huggins have decided to leave the Premier League outfit in favour of a move to Sky Bet League One Sunderland, penning a four-year deal.

The 20-year-old made his top-flight debut last season, coming off the bench in the second-half during a defeat to Arsenal at the Emirates Stadium.

Huggins, who can play as a full-back or in central midfield, featured 17 times for Leeds’ Under-23s side and appeared the club in the Papa John’s Trophy, while he has also represented Wales at Under-21 level.

“I’m absolutely buzzing to be here and as soon as the opportunity arose,” Huggins told the club website. “I knew straightaway that this was a huge opportunity for me to develop my game.

“For me, the thing I want to do now is play first-team football, so to have seen some of the young lads coming in and having a chance to prove themselves, and seeing the fans’ reaction to it, is really good and it made me want to come here even more. I’m really excited to get started.”

Manager Lee Johnson added: “Niall is an interesting player and tactically he’s very versatile – he is also very good physically in terms of his speed and acceleration and he’s a good dribbler, whether that’s playing left back or right back.

“He’s a bright kid and he’s had a very good education at Leeds, but now it’s the right time for him to step into that first-team environment. Niall is another one that we have added to our stable of quality young players, so we are very happy to have him and we’re looking forward to working with him.”