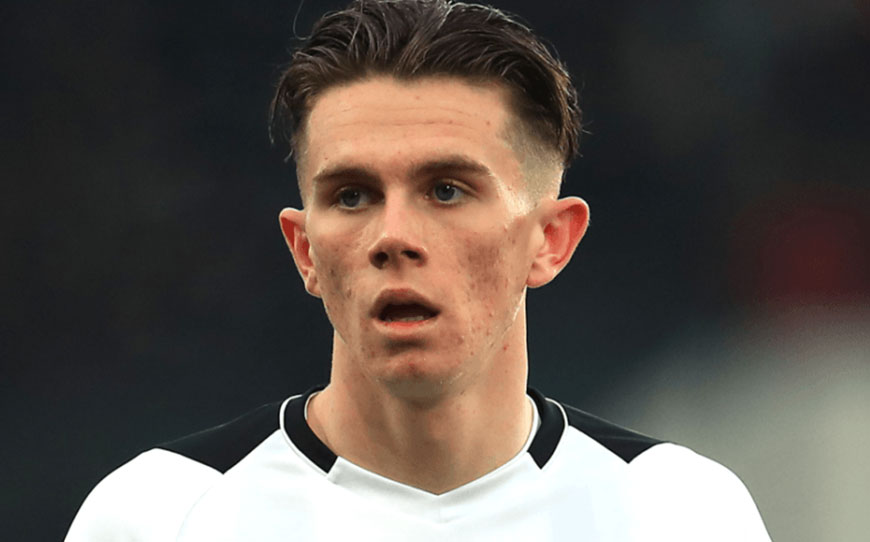 Derby County second-year apprentice Max Bird has agreed a new deal with the Rams to keep him at Pride Park until the summer of 2022.

The 18-year-old put pen to paper on his first professional contract in September 2017 having already made his first-team debut in a Carabao Cup defeat to Barnsley, while he was then named in LFE’s ‘The 11’ a month later.

“It was a no brainer for me to sign the contract, having the season that I have had and just wanting to keep improving and keeping my head down,” Bird told the club website. “This is my second home, I’ve been here for around eight years now.

“It is about coming in every day and having the mindset to work hard and trying to keep improving. I am a big believer in if you work hard, you get your rewards at the end of it.”

The midfielder has been handed further opportunities this season under manager Frank Lampard, making his Sky Bet Championship bow against Swansea City, his first home start against Southampton in the FA Cup and then full Championship debut against Aston Villa.

“I’m not sure if I was expecting it all to come in such a short space of time, but I am thankful that it has and grateful that the manager has believed in me,” he said. “Being with the first-team is what you dream of when you come to the club when you are ten-years-old. There was only one thing on my mind when I came here. I wanted to play for the first-team and get some games.

“Next season is a big season; I have to come back fitter and stronger and we will see where it takes me. The manager has been brilliant with me, on and off the field. He has helped me with my shooting, which was a weak point in my game. We stay out after training and do some drills a couple of times a week and he talks to me after about technique.

“When he has put me in he has just told me to enjoy it and be confident, that does give me a lot of confidence knowing that Frank Lampard is believing in you.

“The support that I have had is unbelievable around the club. I get along with everyone and that is just as good as putting in a performance in the team. Knowing that you are coming in to an environment where you can enjoy yourself every day is a big influence on what you do on the pitch.”

Meanwhile, Lampard added: “I’ve been hugely impressed with Max. He is a great young lad which is always the first impression. He is polite, has good manners and is very professional in his young ways.

“He has integrated very well into the first team squad this year for his age and it’s been a great progression. He has a real desire to improve and he’s a delight to coach. He always wants to listen and learn so it’s really enjoyable working with him.

“I knew there was a good batch of young players at the club and Max was one of the first names I heard in those terms. The first time he trained, he looked unfazed. It was clear to see that he had the talent and the skills to be a top player which we hope he can be.”