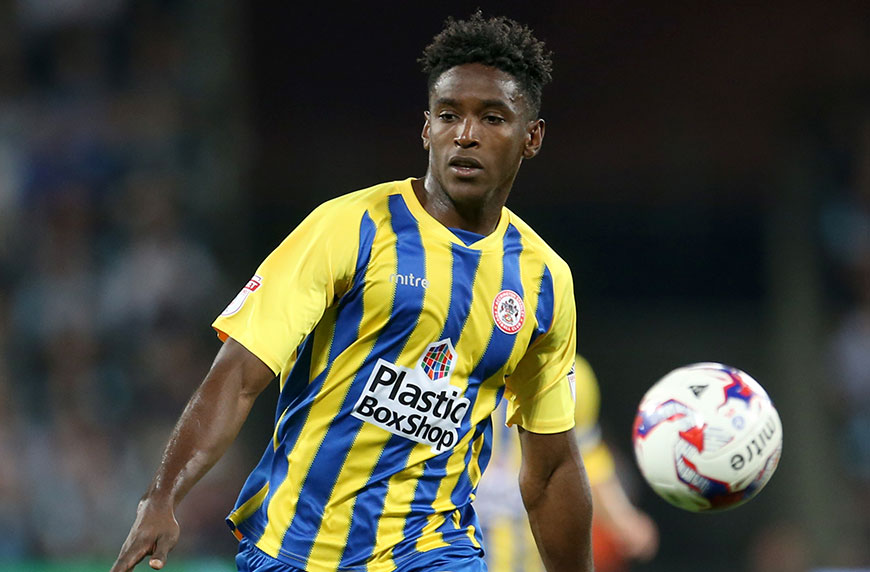 Shrewsbury Town have completed the signing of defender Omar Beckles from Accrington Stanley for an undisclosed fee on a three-year deal.

The 25-year-old began his career as an apprentice at Millwall, but only made his English Football League debut in the nation’s fourth tier last season having fallen down into Non-League following his release from the Lions in 2010.

“I’m happy to finally get the deal over the line and I’m looking forward to getting going,” Beckles told the Shrews website.

“I think I heard about the interest just before the season started and obviously you try your best to be as professional as possible. It’s a bit unsettling because obviously I want to play as high as I can, so when that opportunity came I definitely didn’t want to turn it down.

Beckles never appeared for Millwall’s first-team and was forced to ply his trade in the lower divisions after a brief spell in Spain with Jerez Industrial.

Beckles said: “After leaving Millwall as a youngster, I went out to the Glenn Hoddle Academy for a year and a half. It was a good experience and technically it did me wonders.

“After that I did the non-league rounds and learned my trade a bit more as a defender and now that I’ve stepped up I like to think that I’ve been able to show that I can do both the defensive side and show my ability on the ball.”

Having produced a string of impressive displays at St Albans, National League outfit Aldershot Town came calling as Beckles’ rise back into the EFL got within touching distance.

And it took just one season and 47 appearances to attract the attention of Accrington last summer, where he instantly became a mainstay in John Coleman’s backline, featuring 50 times before the Shrews swooped for his signature.

“Hopefully the bedding in process won’t be too long and I can get playing and show everyone what I can do,” Beckles added.

“I played against the manager before when he was at Grimsby, so I have been aware of him. It’s great what he’s doing because it’s showing that the gap isn’t actually as wide as some people make it out to be. Lads that are in non-league can actually step up to the plate.

“It’s going to be tough. I’m going to have to adjust to the new environment and get my fitness up to where it needs to be. But, I am up for the challenge and it’s only going to make me a better player at the end of the day.”