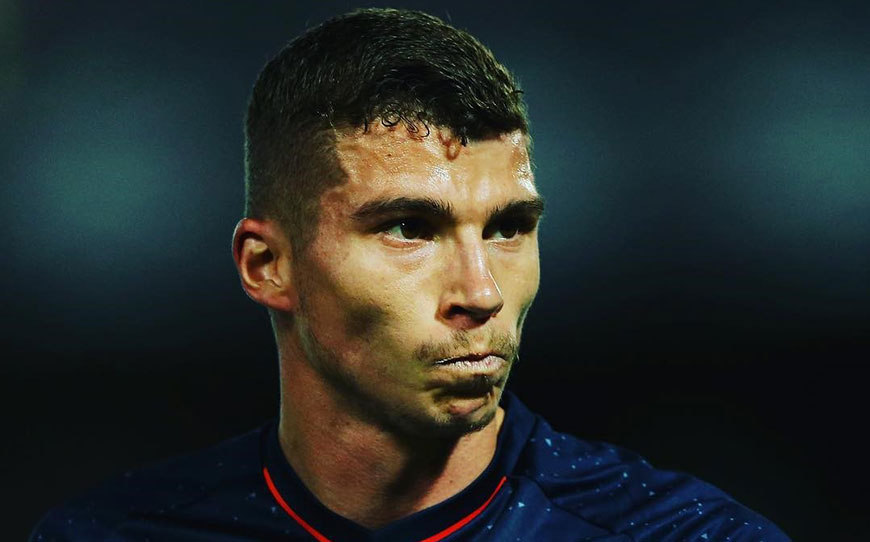 From toiling in non-league to thriving in Australia’s top tier, with a detour into the world of E-Sports for good measure. Mitch Austin has certainly forged a unique career path since completing his apprenticeship at Rotherham United in 2010.

The pacey winger had moved Down Under with his family at the age of eight, but returned in 2008 after attracting the attention of the Millers while on a tour of the UK with Sydney club Manly United.

“I came back over on my own once I had finished my Year 10 school studies,” he told LFE. “It was really tough being away from home and starting a new life away from Australia, but I was lucky that I had my mother’s side of the family in the UK, so I was able to visit them a lot, which made the transition a lot easier.

“It was a really enjoyable time as it was the first time I had been able to train and play full-time football, so I really improved and developed as a player. I felt I matured a lot from my apprenticeship – being on my own and having to look after myself really made me grow up quick.”

Despite a promising couple of years, Austin was not offered a professional deal and instead made use of LFE’s Player Placement programme to spend three months in Sweden’s sixth tier with Unik FK.

Austin said: “There was a lot more on the line for me as I’d moved all the way across the world to try and secure a pro contract, so it was pretty tough to take.

Sweden was one of the best experiences I’ve had, I went with three other English guys from different EFL clubs and we all had a blast.

“The Swedish people at the club looked after us extremely well and I still speak to a lot of the guys there now! On top of that, we won the league and the club got promoted while I was there.”

Upon his return to the UK, Austin moved to Conference North outfit Stalybridge Celtic, where he stayed for three years before stepping up a division with Cambridge United.

“It was a lot more physical than what I was used to,” he added. “The managers are obviously more worried about getting three points than trying to develop young players, so you have to learn quickly otherwise you will get left behind.

“Moving to Cambridge gave me a lot of confidence and I was lucky that we got promoted to League Two in my first season there, so to be back in the EFL was a great feeling.”

However, Austin only made one appearance in the fourth tier and ended up on loan at Lincoln City, Brackley Town and Southport in his second season with the U’s before pulling the plug on his career in England in favour of a return to Australia.

He continued: “I felt that if I wasn’t playing I was wasting my time, which was why I always wanted to go somewhere so I could play to develop. But going out on multiple loans was very tough, you never know where you are going to be and you can never get comfortable somewhere.

“I made a highlights video from my time in the UK and an agent contacted me saying he had sent it around a few A-League clubs and that Central Coast Mariners were quite keen.

“I’d come to a crossroads where I felt I just didn’t suit the lower leagues in England and I needed to try something different to save my career as I had just turned 24. I ended up just booking a flight home, met the coach and he signed me from there.”

Despite a significant jump in notoriety due to the level of media coverage, Austin adapted seamlessly to his new environment, scoring five goals in 23 appearances in his maiden season in Oz.

“The standard is very good,” he said. “The stadiums and pitches are top class, it’s a technical league and all the teams like to play football on the ground.

The league is broadcasted to over 50 countries around the world, so you never know who is watching and there’s a lot of interest. It was a bit of a change from not doing much media stuff in England to suddenly being on a global platform, but it’s great how much media attention the league gets.”

While Austin’s journey to the A-League was a tale of persistence and resilience, Mariners team-mate Luis Garcia was winding down a career that included 38 appearances at Barcelona, 20 caps for Spain and a Champions League winners medal with Liverpool.

“It was a great experience playing alongside him,” said Austin. “You could ask him anything and he would give you advice.

“I remember his debut, he came on for the last 30 minutes and we were losing 1-0. I made a run in behind the defence not expecting to get the ball but he played a through ball which was unbelievable and we scored. Although he wasn’t as quick, his passing was still world class.”

The left-footed forward’s string of impressive performances attracted the attention of one of the country’s top teams, Melbourne Victory, where he was able to instantly test himself against elite opposition in pre-season encounters with Juventus and Atlético Madrid.

He said: “It was a great feeling to sign for them. Most of my career had involved handling rejection and clubs letting me go, so to join a club like that made not giving up all the sweeter.

“I got man of the match in the Juventus game playing against the likes of Paulo Dybala, Alex Sandro, Mario Lemina and Hernanes, so it was a huge confidence booster to know I could cut it at the top with players of that pedigree.” Having won both friendlies, Victory narrowly fell short of claiming the A-League title and qualified for the Oceania Champions League before Austin’s momentum was cruelly halted by an ACL tear in training, which led to a move into gaming.

“Mentally, it was very hard,” Austin added. “The best thing I did was switch off from football and put some time into other things in my life that I would not normally get the chance to do.

“I think it’s really important to keep your mind occupied on other things and not just football. I play a lot of FIFA and I had seen a few of my mates start live streaming, so I thought I’d give it a try. It’s a lot of fun and you can interact with people in a cool new way.”

The 27-year-old’s budding hobby as a Twitch streamer then led to him competing against professional FIFA players in the inaugural E-League, enabling him to still represent Melbourne while being sidelined from the pitch.

He said: “It was a great experience and it meant that I still felt like I was doing something for the club despite being injured, which was great for the mind.

“In the final series I picked up a big 5-2 win to go into the quarter finals. I lost 3-2 in extra time to the overall winner, so that was something to be proud about. It’s definitely something I will continue to do!”

Having already lived the dream of many kids around the world as a professional footballer and FIFA player, a fresh start at Newcastle Jets is the latest milestone in Austin’s eventful journey – a far cry from being deemed not good enough by Rotherham eight years ago.

“There have been ups and downs, but I wouldn’t change any of it,” he said. “I refused to give up and I’m happy with how everything is going so far and what is to come in the future.

My experience is proof that if you don’t get offered a pro contract, you can still make a career in the game and the lifestyle and football here in Australia is a great combination. I made my A-League debut at 24, so don’t give up.”