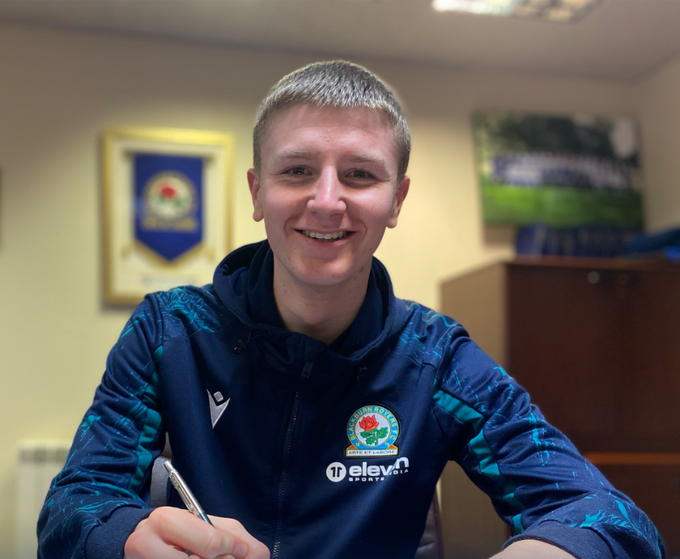 Wharton, who is the younger brother of first team star Scott, has put pen-to-paper on a two-and-a-half-year deal through to June 2024, with the option of an extra 12 months.

The Blackburn-born midfielder, who turned 18 earlier this month, first started attending the club’s pre-Academy sessions at the age of six, before signing as an Under-8.

Over the past decade, Wharton has risen through Rovers’ youth ranks and now finds himself on the fringes of the first team squad.

The promising youngster has enjoyed a standout season for Rovers’ Under-18s, who currently sit second in the U18 Premier League table and are also through to the quarter-finals of the FA Youth Cup, where they will face Nottingham Forest at Ewood Park next month.

Wharton has also made the successful step up to Under-23s football, making eight Premier League 2 appearances for Mike Sheron’s side and scoring his first goal at that level against Manchester City last month.

That goal arrived just 24 hours after he was named on the bench for the first team for their FA Cup third round tie away to Wigan Athletic.

Away from the pitch, the talented teenager is on course to achieve his target grade of DD in the BTEC Diploma, as well as completing his portfolio for the SEP qualification.

After being rewarded for his impressive progress with a pro deal, Wharton will now hope to follow in his big brother’s footsteps and fulfil his boyhood dream of making his Rovers debut.