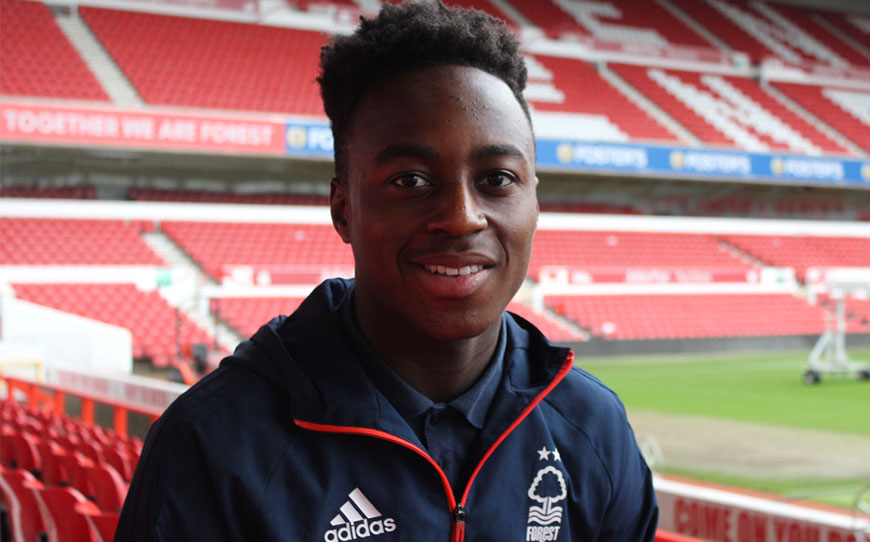 Nottingham Forest first-year apprentice Arvin Appiah has signed his first professional contract, which will keep him at the club until the summer of 2020.

The 17-year-old only started his apprenticeship in July but has already appeared 13 times for Forest’s Under-23 team, scoring three goals during those outings.

Appiah has also played a key role in their FA Youth Cup run, netting the second goal in a 3-1 triumph at Swindon Town in the third round before featuring prominently in Forest’s penalty shootout victory over Leicester City, which set-up a fifth round tie with Blackburn Rovers.

The highly-rated winger has received acclaim at international level too having earned a call-up to the England Under-17 side in November, where he starred in a 3-2 comeback win against Portugal by scoring the equaliser and setting up the winner.