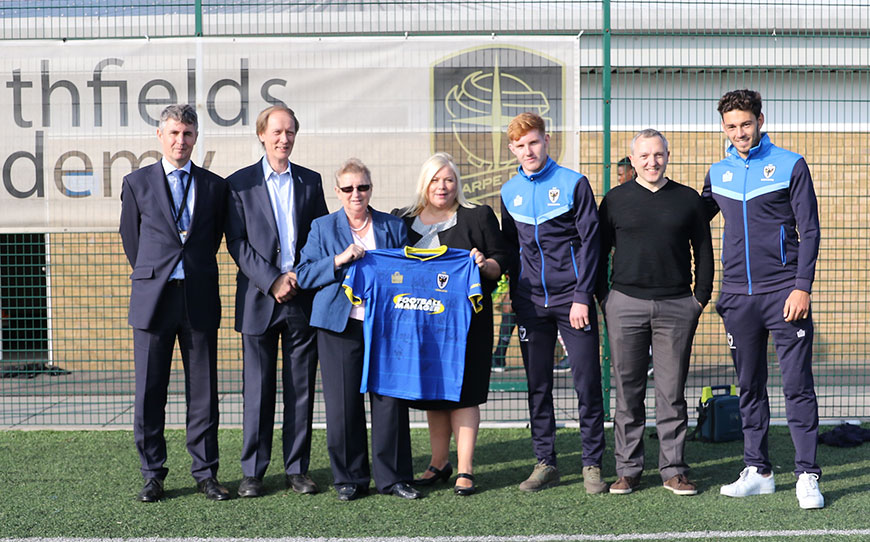 AFC Wimbledon have announced a new partnership with Southfields Academy which will see the club’s Under-18 players spend three days a week at the college as part of their apprenticeship.

The college, which is close to the club’s proposed new stadium at Plough Lane will accommodate the apprentices’ training and academic needs.

Academy manager Jeremy Sauer said: “This is a club-wide launch, which focuses on providing good educational opportunities for our young footballers. We are always examining how we can move forward as an academy. If you have a pot of money, it is quite easy, but we don’t. We’ve therefore tried to be creative and looked at how we can get marginal gains in terms of what we do.

“We’ve looked at sports science and our football coaching, but this obviously focuses on education, and we’ve looked at how we can improve that. Southfields is on the doorstep of Plough Lane and with the great facilities it has got and the duty of care its staff show to our players, this is a big step forward.

“We feel this is one way to improve our programme for our players, without too much cost. I think the potential to do more here in the future is very exciting. Mark (Robinson) has already been knocking on my door talking about different ideas he has for the next year or two. People are starting to see that we can develop some really creative ways for bringing through players.

“This is important because for many years we’ve had young players in and around the first-team, but our job ultimately is for them to stay in the first-team. We have to constantly keep looking at ways that we can do that and this is a good example of it.”

To mark the launch, the academy hosted a Primary Schools football tournament and Under-18 players ‘showcased’ their skills in a training session.

Club chief executive Erik Samuelson said: “We have been working together for some time now with Southfields Academy and this is the next exciting development. Apprentices from our club will be doing a BTEC as part of their education and obviously learning football skills. This is what modern football clubs do and we are doing it too.

“Even though I think we are better than many clubs at it, there are a significant number of boys who are not going to make it to the first-team and we have to make sure they are adequately educated. They have to be taught values and brought up in the right environment so that when they move on they are better fitted for the world. I think that’s an important part of our role and the academy team, led by Jeremy Sauer, are excellent at it.

“I lived about half a mile from here for ages and I never realised what a phenomenal place it is. It has great facilities. We’ve had a good month with the launch of this partnership and the Secretary of State making the right decision about the new stadium. On the pitch, we’ve only had one defeat in nine games too,” he added.